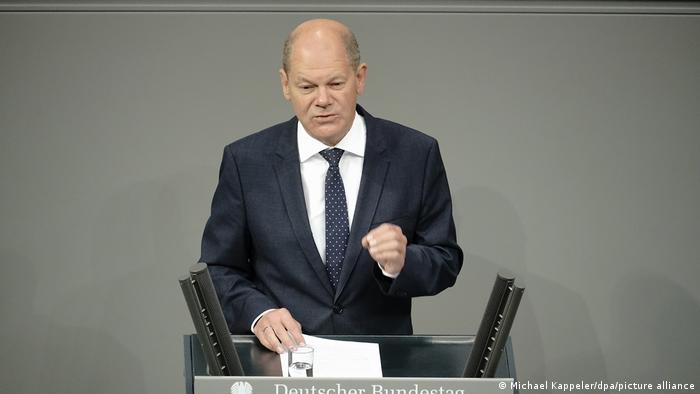 Finance Minister Olaf Scholz has said the German government would deliver a study on racism in police after all, despite such a study having been previously ruled out by his colleague, conservative Interior Minister Horst Seehofer.

Scholz was recently tapped to be the Social Democrats' (SPD) candidate for chancellor in next year's elections, as the conservative CDU/CSU and the center-left SPD prepare to transition from partners in government to opponents on the campaign trail.

The calls for a racism study come after cases of alleged right-wing extremism were uncovered among members of the federal and state police.

"There will be a study," Scholz told the German broadcaster WDR's podcast Machiavelli, albeit adding that details were still up for discussion.

Scholz said he was in frequent contact with Seehofer, discussing the subject "every other day." He also said it "should have been commissioned long ago."

But the SPD minister tasked with running for chancellor next year said the government would seek a study that ensured that the "overwhelmingly large majority of police officers who do a good job, work hard and do everything right" did not feel that they were also being targeted.

Seehofer disputes need for such study

Interior Minister Seehofer — whose portfolio includes the police — appeared defiant on the issue.

"Nothing has changed about my position." He expressed his support for police officers, who "stick their necks out for us," often for little pay he said during a press conference on Tuesday.

In most cases, police officers act according to the constitution, added Seehofer.

"There won't be a study that deals exclusively with the police and the accusation of structural racism in the police," Seehofer said in an interview with the Bild am Sonntag newspaper earlier this month. "That wouldn't even begin to do justice to the problem. What is needed is a significantly wider approach for the whole of society, and that's what we're working on."

Under pressure after this summers' Black Lives Matters protests in cities across the US, in Germany and worldwide, and following revelations of right-wing extremism in the army, Seehofer released a report on the subject this month. It found that less than 1% of Germany's police forces, security agencies and military personnel displayed far-right worldviews and sympathies.

Seehofer said the findings showed that Germany had "no structural problem with right-wing extremism among security forces at the federal state level," and that recent cases were isolated instances.

Bu critics have alleged that the German police force tends to be reticent about looking into racism in its ranks.