A new report shows that less than 1% of German civil servants have far-right sympathies — but there were still hundreds of cases reported since 2017. Interior Minister Seehofer says there is no "structural problem." 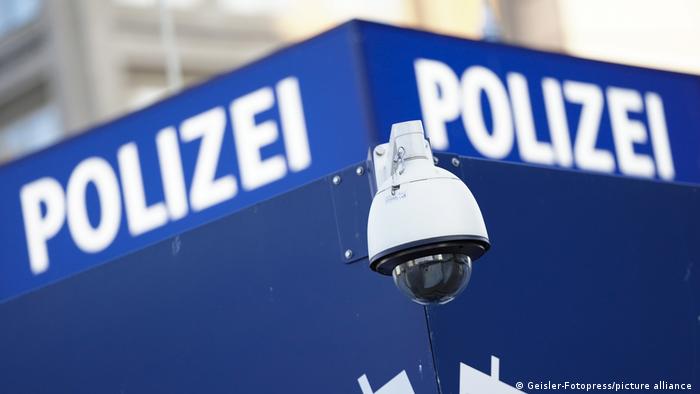 The report is part of a wider inquiry into far-right extremism in the German civil service. Following new reports of far-right views being espoused and shared among civil servants in several German states, particularly among police officers, the report seeks to dispel concerns that authorities have turned a blind eye to a potentially dangerous rise in extreme nationalism.

The report lists 319 cases of right-wing extremism uncovered in the police and other security forces between 2017 and 2020.

Interior Minister Horst Seehofer used the report to play down the cases.

"The result of the report is clear: we have a small number of cases," Seehofer said Tuesday.

"This means that the very overwhelming majority of security employees, meaning more than 99%, abide by the constitution," he added. "This also means that we have no structural problem with right-wing extremism among security forces at the federal state level."

Seehofer commissioned the wider report into the scope of extremism within the civil service last year following the deadly shooting of a pro-immigration politician in Hesse by a suspected far-right sympathizer. In recent months, German police forces have faced revelations of sharing extremist content in group messages and accusations of sending threatening emails to legislators of Turkish heritage.

"One of these cases is one too many," said Thomas Haldenwang, head of the domestic intelligence agency.