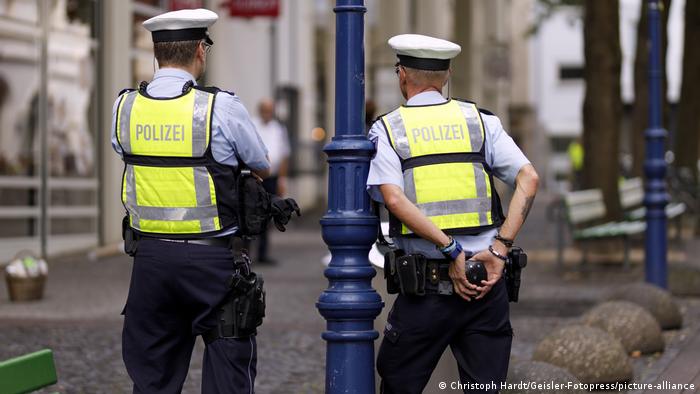 Leaders of German states governed by the center-left Social Democrats (SPD) told German media Friday they are ready to carry out independent studies on police right-wing extremism if the federal government does not take action.

Images in five chat groups included photos of Adolf Hitler and a fictional depiction of a refugee in a gas chamber.

"It is unbearable that these kinds of networks exist," said Thuringia Interior Minister Georg Maier, who is also the chairman of Germany's standing conference of interior ministers.

"We need to take uncompromising and consequential action against this right now," he told the Redaktionsnetzwerk Deutschland newspaper group, adding this includes exhausting all legal and disciplinary options.

Maier added that SPD state's interior ministers are united and ready to go it alone on a study "if necessary."

Why has there not been a nationwide probe?

Seehofer told the Süddeutsche Zeitung Friday that although the NRW police racism scandal "hurts," the "overwhelming majority" of German police officers reject these kinds of "machinations" and stand "without doubt for our free and democratic order."

A report looking racism in German public service institutions will be released by the Federal Office for the Protection of the Constitution at the end of September, Seehöfer said.

This report, however, has been long in the making and was planned independently of the recent developments in NRW.

Seehofer also rejected calls for a police racism study in Germany over the summer, as the Black Lives Matter movement in the USA began to draw international support.

The police need 'support' against racisim

Esken added that this will require a comprehensive "overview of racism and misanthropy" among German police forces.

"The sheer number of individual cases is slowly becoming too much," said Esken's SPD colleague Maier.