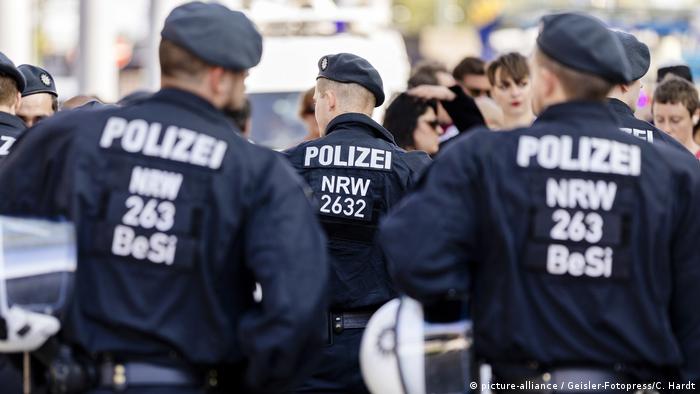 Germany's federal and state interior ministers reported that at least 40 new cases of alleged extremism, mostly right-wing, were found among federal and state police forces in the first half of 2020, according to a survey carried out by dpa news agency.

German police number around 300,000 throughout the country, and of the 40 new cases, one disciplinary proceeding has already been dropped due to unsubstantiated suspicion.

The Interior Ministry of Hesse reported the largest share of new cases with 17 police officers currently under criminal investigation.

The states of Saxony and Saxony-Anhalt declared six and five new cases respectively between January and June. According to the Federal Interior Ministry, three federal police officers were also suspected of harboring right-wing extremist tendencies.

Cases of extremism in other police forces were reported with two such cases in the Brandenburg police force and one each in Hamburg, Mecklenburg-Vorpommern, Schleswig-Holstein and Thuringia. Bremen and Saarland had no known cases in the six-month period.

At least one case dropped

In Baden-Württemberg, officials began three disciplinary proceedings against officers "on suspicion of extremist behavior," but dropped one case and promptly reinstated the officer after suspicions could not be substantiated.

The remaining states did not provide any figures for the survey, including Berlin, Bavaria and North Rhine-Westphalia, Germany's most populous state.