The future of the Germany's coalition government has been thrown into doubt by the newly elected leaders of the SPD. They are seeking fresh terms of the alliance that was formed in 2017. 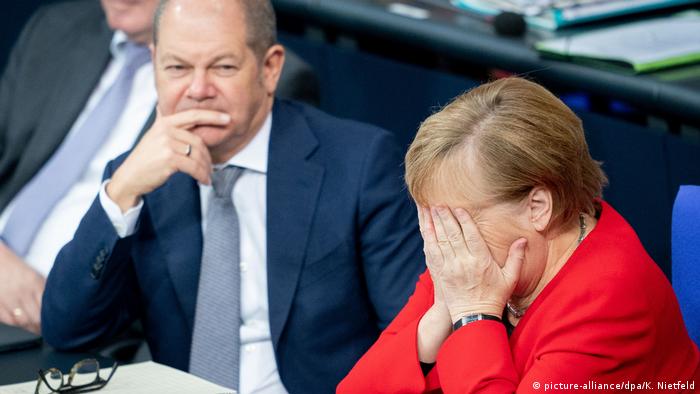 The newly elected co-leader of the Social Democrats (SPD), Norbert Walter-Borjans, cast further doubt on Sunday over the sustainability of the coalition government in Germany, increasing the prospect of a general election in 2020.

Walter-Borjans and Saskia Esken, from the SPD, called for significant policy concessions from Chancellor Angela Merkel’s Christian Democrats (CDU), and said they are prepared to abandon the partnership if they are not adhered to.

Speaking on public broadcaster ARD, Walter-Borjans said raising investments and scrapping temporary job contracts were issues that needed to be addressed if Merkel wanted to prolong the coalition.

"If the coalition partner then takes an obstructive approach for these new tasks then you have to make a decision that it cannot continue," he said.

But the notion of renegotiating the current terms drew short shrift from Armin Laschet, the CDU premier of North Rhine-Westphalia, Germany's most populous state. He told public broadcaster Deutschlandfunk: "Of course nothing will be renegotiated now. That's quite clear."

Asked whether there was movement on the concessions that the new SPD leadership wants, Laschet said: "There is no such thing."

With the fate of Chancellor Angela Merkel's coalition government on a knife-edge, her center-left partners have elected new leaders. The Social Democrats now face a decision on whether to remain in the government. (30.11.2019)