Foreign Minister Frank-Walter Steinmeier said the threat to German institutions in Turkey was being taken very seriously. The embassy in Ankara has been shut, along with the Istanbul consulate and two German schools. 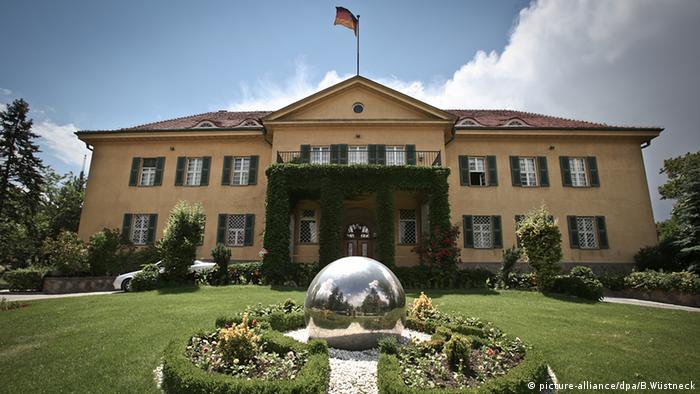 Germany's embassy in Ankara, on Atatürk Boulevard, is close to a string of other embassies

"Yesterday evening, some very concrete indications - to be taken very seriously - reached our security services, saying that terror attacks against German institutions within Turkey were being prepared," Steinmeier said.

Steinmeier also said that he had ordered German institutions in Turkey to close their doors, "because protecting German citizens and the people working and learning in these establishments must now take precedence."

(Note: the video embedded in the following Tweet contains Steinmeier's statement in German.)

The German embassy in Ankara, consulate in Istanbul, and two German schools - one in each city - were shut as a result, Steinmeier said, adding that he had reached the decision overnight.

Steinmeier said that security precautions at the institutions were being bolstered, while the foreign ministry would convene on Thursday for a crisis meeting on the security situation in Turkey.

DW's correspondent Tom Stevenson in Istanbul went to the consulate soon after the warning: "Just arrived. Nothing unusual here: two armed police as always (today they are out of their car though). The security booth round the back is actually empty," Stevenson reported in an email to DW on arrival.

Shortly thereafter, however, at around 11:50 a.m. local time (0950 UTC/GMT), Stevenson noted that three buses full of Turkish police arrived on the scene. 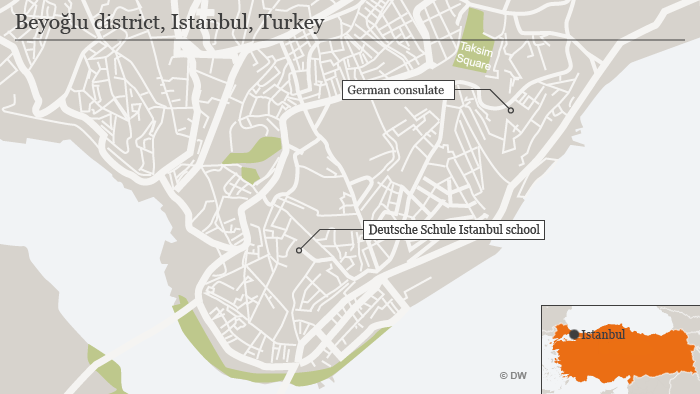 Residents refuse to be cowed

In Istanbul, local residents are growing used to living with the threat of militant attacks. According to Marik, a shirtmaker whose shop lies 50 meters down the hill from the closed German school in Istanbul, it's best to carry on like normal.

"You can't be living your life worrying about these things because no one can guess when an attack like this will happen," he told DW.

DW TV talks to Dorian Jones about reasons behind the closures

However, the crowds were noticeably thinner than usual on Istanbul's busiest street, Istiklal Caddesi, where thousands of locals and tourists alike usually mill up and down visiting the street's many shops.

"It's worrying of course when you hear that they're afraid the consulate might be attacked," said Cevdet, the owner of a small Italian-style coffee shop opposite the German consulate. "But I'm not afraid - you know this has become really normal for us in Turkey."

The consulate said in an email to German citizens that both facilities - the consulate and the nearby school, Deutsche Schule Istanbul - would stay shut as a precaution. This followed what it described as a "warning that could not be conclusively verified." It also urged German citizens to stay away from the area.

The German consulate in Istanbul is located in the vicinity of Taksim Square with the school a mile away in the Istiklal Caddesi pedestrian area. It's considered one of Turkey's most prestigious high schools.

In Ankara, the German school ("Alman Okulu" in Turkish) is located barely 200 meters from the embassy itself, just off Atatürk Boulevard.

The move comes days after 37 people were killed in a car bomb blast in the capital, Ankara. The Kurdish terror group TAK claimed responsibility on Thursday.

The German embassy in Ankara had issued a warning on Tuesday of this week. 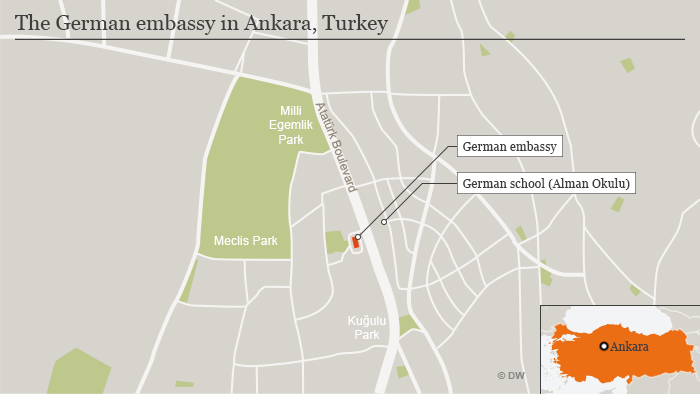 This January, a suicide bomber in Istanbul killed 12 German tourists - the so-called "Islamic State" later claimed responsibility for the attack.

The closures also coincide with the next installment of key EU talks - being led by Germany and Turkey - seeking to control the numbers of migrants from Middle Eastern warzones like Syria heading for Europe across the Aegean Sea.