Germany is preparing itself for the first wave of PEGIDA demonstrations of the new year. The anti-Islamization movement has been steadily growing in popularity as the demonstrations reach their fourth month. 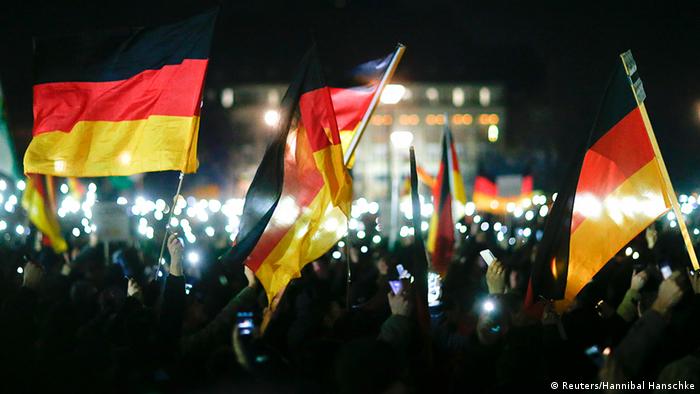 On Monday, the first marches of 2015 will also see the first turnout of protesters in the country's capital, Berlin. Playing on the city's bear mascot, "Bärgida" currently has just short of 600 people listed as attending on the Facebook event page. More are expected to march on Monday evening, however.

A poll of 1,006 people conducted at the end of last year by German news magazine Stern found that 13 percent of those asked would now attend an "anti-Islamization" march if it were held near their home.

About two-thirds of Germans asked by the polling group Forsa felt that the threat that "Islamization" posed within Germany was being exaggerated by PEGIDA, however.

The PEGIDA movement, which has attracted an array of followers, from neo-Nazis to inconspicuous middle-class Germans, fears that the country is being overrun by Muslim immigrants who are destroying traditional German values.

Last year Germany had more refugee applications than any other country in the world, most of whom came from Syria and Iraq. 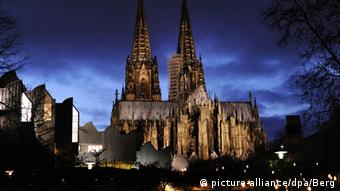 Cologne Cathedral will turn off its lights in protest against PEGIDA

Now the movement is demanding stricter immigration controls, as well as enforced "integration" for foreigners and "criminal asylum seekers" to be sent on their way.

On Sunday, organizers of the PEGIDA Facebook page posted: "Tick Tock Tick Tock... Friends, in 24 hours, it's finally time! There's going to be plenty of us and we're going to make a bold mark! For our homeland! For our fatherland! For our children! We warmly welcome our fellow campaigners in Germany and Europe! Monday is PEGIDA day!"

Germany's fourth largest city, Cologne, will also be holding its first PEGIDA demonstration on Monday evening under the name Kögida. The world-renowned Gothic cathedral has vowed to plunge the anti-Islamist demonstrators into darkness, however, by turning off the flood lights that usually illuminate the city's landmark by night.

The Cathedral provost Norbert Feldhoff said extinguishing the lights was to challenge those who joined Kögida's rally to "consider whom you are marching alongside."

Islam critic Zahid Khan, known for his book, "The Crimes of the Prophet Mohammed" is also set to make an appearance at the Cologne rally. 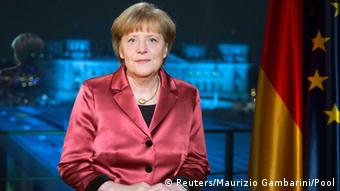 Angela Merkel has criticized PEGIDA for their 'cold hearts.'

Also taking to the streets again on Monday evening is the PEGIDA movement in the eastern German city of Dresden. At their most recent march, just three days before Christmas, the city saw a record turnout of 17,500 supporters. The support in Saxony's capital has come as a surprise to some observers as the state's 4 million residents currently include just over 100,000 immigrants, with just 0.1 percent of the population believed to be Muslim.

The movement, which loosely translates as "Patriotic Europeans Against the Islamization of the West," has come under fire in recent weeks, with several religious leaders and politicians, including German Chancellor Angela Merkel, who called upon Germany to be wary of the initiators of the anti-Islam movement.

"Do not follow people who organize these, for their hearts are cold and often full of prejudice, and even hate," Merkel appealed in her New Year's Eve speech on Wednesday.

As a former citizen of East Germany, Merkel also criticized the movement's leaders for their use of slogans such as "Wir sind das Volk!" (We are the people!), which helped to topple the Berlin Wall in 1989 and lead to the reunification of Germany a year later.

The so-called "Monday Demonstrations" are meant to hark back to the demonstrations of the same name that began in Leipzig in September 1989 and set the ball rolling for the fall of the Berlin Wall. 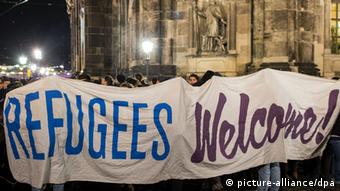 "Quite a few of the organizers are convicted criminals, neo-Nazis and anti-Semites," Gabriel told the Bild am Sonntag newspaper.

Merkel has received criticism herself in recent weeks, however, with Germany's former Interior Minister Hans-Peter Friedrich accusing Merkel of shifting her party to the left, thus creating an opportunity for right-wing movements including PEGIDA and the euroskeptic party Alternative for Germany (AfD).

Despite the rise in support for PEGIDA, the marches have also been met with thousands of counter protesters calling for a "colorful" (multi-ethnic) Germany. In some cases, such as that in the western German city of Bonn last month, the Bogida movement there was unable to begin its first march after it was outnumbered four to one by anti-PEGIDA demonstrators.

Further marches are already scheduled to take place in Munich and Leipzig next Monday.

A group of German political scientists warns that the anti-Islamization movement launched in October indicates a 'rift' in German society. In response, they want a national commission to promote 'diversity.' (05.01.2015)

Biden says his 'heart aches' for people trying to leave Afghanistan — as it happened 22.08.2021

The US president said 11,000 people were flown out of Kabul over the weekend in a White House address and asserted his top priority is bringing all Americans out of the country by August 31. Follow DW for more.