Religious leaders across Germany used their New Year's speeches to voice opposition to xenophobia. The anti-Islamization movement PEGIDA has been gathering steam throughout the nation in recent weeks. 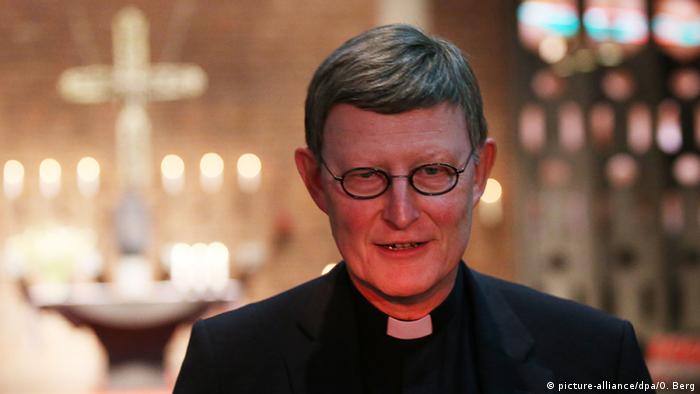 With an eye to the increasing number of PEGIDA (Patriotic Europeans Against the Islamization of the West) demonstrations across Germany, church leaders have called for solidarity and community spirit in 2015.

Cologne's Archbishop Rainer Maria Woelki (pictured above) said in his New Year's Eve sermon that "it is not us in wealthy Europe who have a refugee problem, but the poor neighboring countries of the crisis regions."

"This is a truth we declare too little, too timidly, and too quietly," he added, referring to the fact that of the 45 million displaced people in the world, 86 percent are sheltered in countries directly neighboring their homelands.

The Archbishop of Aachen echoed Woelki's words, saying "we must show the refugees that we take their suffering seriously and that they are welcome among us."

Protestant leader Heinrich Bedford-Strohm, Bishop of Bavaria, also called for an end to the exclusion of migrants. Despite a wave of anti-refugee feeling, Bedford-Strohm called on the faithful to "stop with the division and let everyone participate in the community."

"Open yourselves up to the weak," he said, addressing his statement to the one million Protestants in the mainly Catholic southern German state, before urging them to partake in community service projects to help refugees. Engagement, Bedford-Strohm said, is necessary for a free and happy society.

German Chancellor Angela Merkel also criticized the movement in her pre-recorded New Year's address, warning Germans not to follow PEGIDA because "their hearts are cold and often full of prejudice."

An online petition protesting the German right-wing movement PEGIDA has received thousands of signatures. It follows the group's regular protests against Islam and immigration, which are growing in numbers. (27.12.2014)