German drug users are increasingly resorting to artificially produced substances, with the number of drug-related deaths also increasing in 2014. There are now almost 350 known psychoactive drugs on the market. 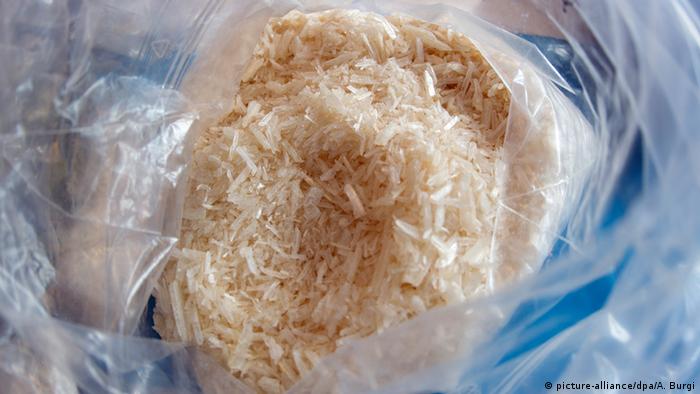 Increased consumption of new psychoactive substances, such as MDMA, which can often be purchased over the Internet and are sometimes even legal, was highlighted as a key factor behind the high number of victims. The number of deaths caused by so-called legal highs soared last year from five to 25.

"Every death is one death too many," Mortler said on Tuesday.

Most drug-related deaths are still due to heroin use, however.

Designer drugs are also a cause of concern among drugs policy officials and narcotics officers on an international scale.

According to the latest World Drug Report, in mid-2012 there were 251 psychoactive drugs. By December 2013 the figure had already reached 348.

Many of the legal highs in question have been known in principle for a long time and are already banned. Their constantly changing molecular forms and names, however, enable them to reappear on the market.

Statistics presented on Tuesday also showed that the average age for deaths among drug users now stands at 38.5 years and that 85 percent of the victims are men.

The use of the highly dangerous drug crystal meth has also surged. The number of recorded consumers rose last year by 2,746 to more than 3,100.

With the exception of cannabis, the impact of herbal drugs has fallen, however.

During Tuesday's press conference Mortler also announced a new law, which, in the future, would see all substances generally classified as illegal. The CSU politician said it would be a "bold solution."

The federal government wants to make cannabis more accessible to sick Germans as a means for pain relief, according to the country's drug representative. 'High time,' say supporters of legalization. (03.02.2015)

Authorites in Germany and the Czech Republic have arrested 15 suspects in Leipzig and Prague after 2.9 metric tons of the chemical chloroephedrine, which is used to make crystal meth, was seized by police. (13.11.2014)

Our #drugtrap episode takes us into the world of drugs. Like it or not, they are all around us, and while some people may have learned about them in school, here are the things the teachers may have failed to mention. (27.10.2014)