Our #drugtrap episode takes us into the world of drugs. Like it or not, they are all around us, and while some people may have learned about them in school, here are the things the teachers may have failed to mention. 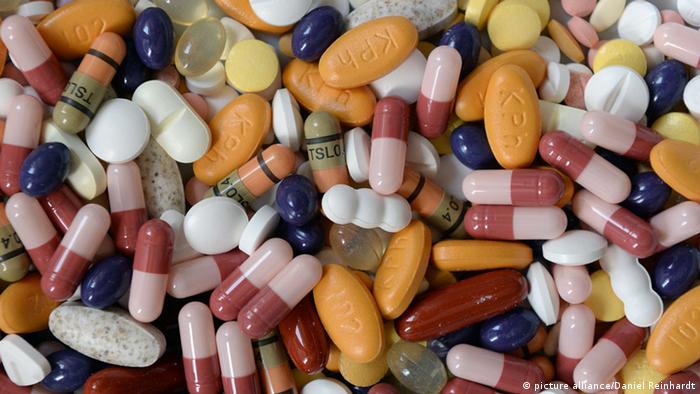 #link:http://www.ncbi.nlm.nih.gov/pmc/articles/PMC3202501/:One theory has it# that experimentation with plants for drug use dates back to the time when humans lived as hunter-gatherers, roaming through nature much more than they do today. Thousands of years ago, an observant Ethiopian shepherd spotted his goats frolicking with an extra spring in their step after grazing on some coffee shrubs. Before you knew it, a few devoted priests were boiling and roasting the beans to keep their eyes open through long nights of prayer.

Alcohol remains by far and away the most commonly used drug. And as we see in the second episode of Life Links, #drugtrap, Emma from Finland, like many other drinkers, was unaware of how addictive and destructive alcohol can be. Lots of people aren’t even clued up on what their country’s national limits on alcohol consumption are. A staggering 65 percent of survey takers in Germany didn’t know that the national daily limit is about half a liter of beer for men (20-24g of alcohol), and a quarter for women. #link:http://www.globaldrugsurvey.com/facts-figures/the-global-drug-survey-2014-findings/:Results of that same 2014 study# show it’s the Irish who most often turn up at work with a hangover. And in case you’re wondering, the Dutch rank top of those who go to work while coming down from the effects of drugs.

Most schools teach pupils about the dangers of illicit drugs like heroin and cocaine, while one of the biggest current threats out there, prescription drugs, is largely left off the syllabus. In the US, #link:http://www.cdc.gov/homeandrecreationalsafety/overdose/facts.html:more teens die from taking drugs prescribed# by a doctor than from heroin and cocaine combined. Prescribed painkillers were the most common cause of overdoses in the US in 2012, causing more than 16,000 deaths - this is likely to do with the fact that they are easier to get hold of than illegal drugs, even if you do need a prescription.

Most of the world only knows coca leaves as the botanical basis used to make the highly addictive and destructive drug cocaine, but they can also be used for other things. While spending time with coca farmer Gilda, our reporter Jan tried chewing coca leaves, which are also used to make medicine and tea in Bolivia. During #drugtrap, Gilda told Life Links: “Part of me feels bad because they lower the value of the coca leaves when they turn them into cocaine. I’m against it, because coca should be used for healing; to benefit people and not to harm them.”

Admittedly, opinion is divided on this one. Keep a pet and you’re very unlikely to see them eye you up enviously as you raise a glass of wine to your lips. But some people are convinced that a number of #link:http://bit.ly/1xhxfh3:animals like to take drugs# just as much as humans do. Wallabies in Australia are said to have quite a taste for opium poppies, for instance. In 2009, a Tasmanian government official #link:http://news.bbc.co.uk/2/hi/asia-pacific/8118257.stm:told a parliamentary hearing#: “We have a problem with wallabies entering poppy fields, getting as high as a kite and going around in circles. Then they crash.”

The banning of different types of drugs dates back centuries. One drug that has now been criminalized for almost a century in many countries, heroin, was first marketed by German pharmaceutical giant Bayer as a #link:http://opioids.com/heroin/heroinhistory.html:non-addictive substitute for morphine# before they found out that that was, in fact, not the case. And some of the things we consume legally today used to be on the authorities’ lists of prohibited substances not so long ago. An #link:http://www.pjbs.org/pjnonline/fin1369.pdf:Ottoman Sultan once tried to ban his people from drinking coffee# because of its stimulant effect. In more modern-day Europe, the first drug regulations were written in Great Britain’s Pharmacy Act of 1868. It stated that consumers could only get their hands on poisons and dangerous drugs, as they were known, by going to registered pharmacists. On the list of ‘poisons’ in the pharmacy was...opium. Not something I found down at my local chemist’s when I last checked.

In the US, drug use is increasing among people in their fifties and sixties. The #link:http://www.drugabuse.gov/publications/drugfacts/nationwide-trends:National Institute on Drug Abuse puts this down to# ageing baby boomers - the flower power generation who indulged in new drugs like LSD as part of the counterculture during the 1960s and 70s.

Many drugs like heroin can have an horrific effect on those who take them, and in a very short amount of time, too. One hitting the headlines in recent years is a street drug called ‘krokodil’, a lethal mix of pills, petrol, cooking oil and lighter fluid, amongst other things. It literally rots the skin of its users. That’s apparently where it gets its name from - it leaves addicts with scaly skin like a crocodile’s. First springing up in rural Russia in 2002, it quickly spread through the country’s poorest communities creating #link:http://www.forbes.com/sites/daviddisalvo/2013/12/10/why-are-millions-addicted-to-a-drug-that-eats-the-flesh-off-their-bones/:an estimated three million addicts# over 10 years. It has since crossed the Atlantic and is now widely used in the States as well.

Experimental baking can lead to substance abuse. Well, it can if you’re planning on adding a whole load of nutmeg to the mix. Yes, what seems like a harmless spice has been reported to cause hallucinations and a type of ‘high’. People who were around back in the 60s and 70s are much more likely to know this - nutmeg was touted as an alternative to alcohol and other drugs - as are prison inmates, #link:http://emj.bmj.com/content/15/4/287.5:some doctors say#. They add that the practice of taking nutmeg for a ‘buzz’ dates even further back to around the time of the Crusades. And in those countries where it is grown, for instance in Indonesia, people have #link:http://www.slate.com/articles/news_and_politics/press_box/2010/12/stupid_drug_story_of_the_week.html:used the spice as a snuff# - a substance that is inhaled - for centuries.

The War on Drugs kicked off with a vengeance back in 2005. You’re right, we don’t mean the actual war, which started much, much longer ago, rather the American indie rock band that is touring Europe at this very moment. They’ve been doing very well for themselves this year, popping up at festivals like Glastonbury and winning acclaim for their 2014 album ‘Lost in the Dream’. As for their name, apparently it’s just something they dreamed up over a few bottles of wine.

It’s not just music that has been influenced by drugs, but also literature: American journalist Hunter S. Thompson’s ‘Fear and Loathing in Las Vegas’ sells itself as the “best chronicle of drug-soaked, addle-brained rollicking good times ever committed to the printed page,” and English writer Aldous Huxley wrote about his experiences with psychedelic drugs in his novel ‘The Doors of Perception’.

Forbes: Why Are Millions Addicted To A Drug...

Historical and cultural aspects of man's relationship with addictive drugs