Germans head to countryside as coronavirus lowers lure of cities | Business | Economy and finance news from a German perspective | DW | 31.07.2020 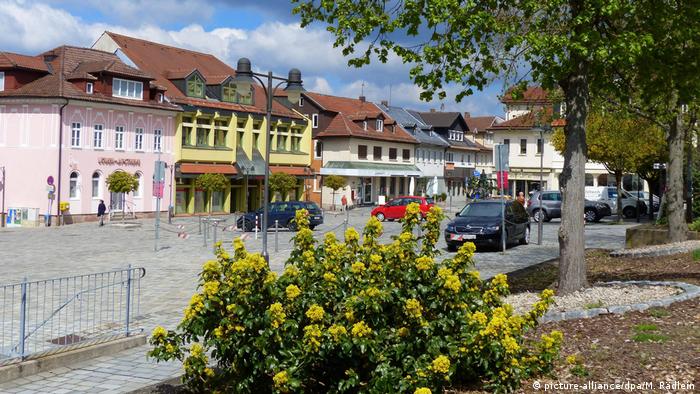 More and more Germans are scouting for their dream home in rural parts of the country as the coronavirus pandemic resets homebuyers' priorities, rekindling a yearning for green open spaces, fewer crowds and peace of mind — luxuries big cities can barely afford.

Demand for homes in rural areas as seen by contact requests received by sellers from interested buyers soared as much as 50% in May compared to last year, data from Germany's top online real estate marketplace ImmoScout24 showed. While the demand has dropped off since then, it remains 9% higher than last year.

The COVID-19 outbreak and sweeping measures to contain it forced millions of people to stay at home — an ordeal made worse by the absence of gardens or balconies in many cases, especially for families with kids. Even those with gardens or balconies realized just how useful having one own's open space is, especially during a pandemic, and added it to their list of essentials for their future homes.

Demand for rural homes has also been spurred by the flexibility of working from home. Most German firms ordered their employees to work from home to slow the spread of the virus and now after having got a taste of remote working's efficacy, some of them don't seem to be in any mood to return to their old ways. For many of their employees, it's just another incentive to dump their modest urban abode for a relatively lavish countryside home.

"Obviously, the corona pandemic has rekindled the desire for the countryside," Thomas Schroeter, managing director of ImmoScout24, told DW.

Popular German holiday regions Brandenburg, Mecklenburg-Western Pomerania and Schleswig-Holstein are most in demand, with their proximity to the Baltic Sea and numerous lakes, ImmoScout24 data showed. Properties with a view of the Alps in Bavaria are also witnessing a huge growth in interest.

Home sellers received three to five times more contact requests in some districts in these regions during the week of July 12-18 compared to the week ending March 14, just before the coronavirus restrictions kicked in.

Bavarian town Coburg, located on the Itz river, is the most sought-after with an almost 450% increase in interest. Coburg is famous for its Veste Coburg castle, one of Germany's largest, and for its links to Martin Luther, who lived there for six months in the 16th century during which he worked on his German translation of the Bible.

The rise in demand has pushed up home prices in rural Germany. In mid-July, the average offer prices were around €2,370 ($2,780) per square meter, up 8% from last year, according to ImmoScout24. At the same time the supply of houses for sale is struggling to keep up with the demand. The demand for houses in rural areas was 25% higher than the supply.

While homes in rural areas are selling like hot cakes, it's hardly weakening the draw of the big cities. The data from ImmoScout24 shows that rental apartments, condominiums and single-family homes in cities continue to be sought-after.

"The urban exodus, which has been predicted in some cases, has not yet occurred," Schroeter said. "Many of those, who want to stay in the cities, are looking for a new home with a balcony and garden as a result of the coronavirus pandemic."

Experts say the big cities would not lose their allure any time soon thanks to better job opportunities, better schools, kindergartens and cultural offerings.

Vonovia, Germany's biggest residential property firm, and smaller rival Deutsche Wohnen said demand for their properties remain high. The two companies, which are predominantly focused on big urban centers, do not foresee any change in their strategy going forward.

Vonovia spokeswoman Nina Henckel pointed to the company's customer base. Vonovia tenants pay an average monthly rent of less than €7 per square meter for an apartment, about half the average rent in cities. This just shows that most of our tenants come from "different backgrounds" than people who can afford to buy a home in rural areas, she told DW.

Anja Ludwig, a spokeswoman for the firm, told DW that demand for its apartments had returned to "normal levels" after a slight dip during the peak of the pandemic in March and April.

Russia is supplying less and less gas to Germany. Now the Nord Stream pipeline is being shut for maintenance, and no one knows for sure if it will come back online. The Kremlin is using gas to exert leverage on Germany.