Doctors in Germany are forbidden by law from providing information on abortion procedures. That looks set to change as the governing coalition has agreed push the issue, but the procedure will remain technically illegal. 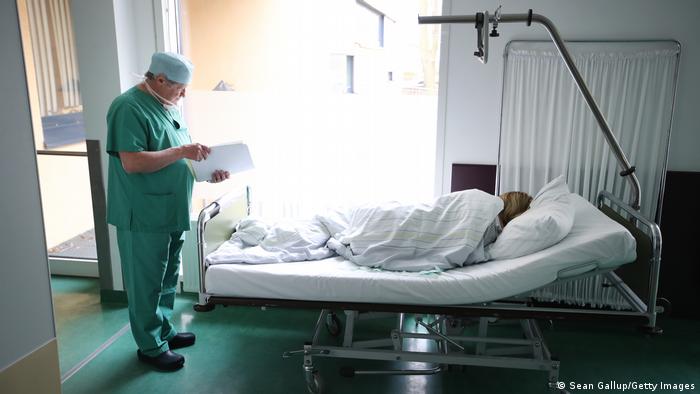 Germany's Justice Ministry proposed a draft law on Monday to end the restrictions on doctors' offering information about abortion procedures.

Abortion is technically illegal in Germany, but an exception is made for abortions in the first trimester if the patient goes to a counseling session. The procedure is free.

A Nazi-era law from 1933 also forbids doctors from providing information about abortion procedures. The law has been criticized for making access to abortion more difficult.

"Doctors should also be able to inform the public about abortion without running the risk of criminal prosecution," German Justice Minister Marco Buschmann said on Monday.

How does abortion work in Germany?

Currently, doctors are allowed to inform patients that they provide termination of pregnancy services, but cannot offer information on how the various procedures work.

The new law would scrap this censure. Doctors have only been allowed to advertise that they even provide such medical services since 2019.

The governing parties had planned to propose such a reform during coalition talks in November.

The coalition of Social Democrats (SPD), Greens and the neoliberal Free Democrats (FDP) — of which Buschmann is a member — all agreed on the proposal, so its passage through the Bundestag seems clear.

What is the reasoning behind the planned reform?

One of the reasons given for the draft law was the ongoing legal uncertainty for medical professionals who provide the key services. The draft also explained that ease of access to abortion procedures varied across the country.

Buschmann also described the absurd situation where the law permits any random person to spread any kind of information about abortions online, but medical professionals may not.

"The situation for the affected women is difficult enough — we shouldn't make it even more difficult," the justice minister said in Berlin.

Buschmann said the law on abortion itself would not change. It will remain illegal, but not a punishable offense if it is carried out in the first 12 weeks.

An abortion after that period is also not a punishable offense in cases where there is a threat of physical or psychological harm to the mother.