The shortage of teachers is one of the dominant topics in German education. But a recent study by the Bertelsmann Foundation has shown the problem is even worse than the government has calculated. 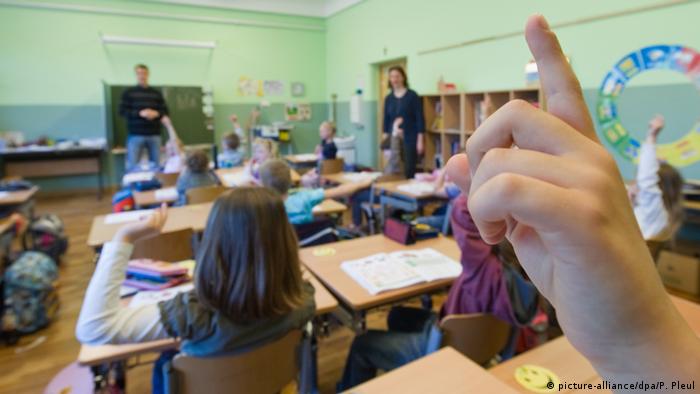 Germany's Bertelsmanns Foundation published a report on Monday, warning that a predicted shortfall in primary school teachers was worse than the federal government had previously estimated.

The Standing Conference of the Ministers of Education and Cultural Affairs (KMK) found in its October 2018 forecast that Germany would see a shortage of 15,300 primary school teachers. But Bertelsmann has said its researchers found that figure to be at least 26,300.

The foundation, which used federal government data in its assessment, said the discrepancy was due to KMK's underestimation of the number of students that will attend primary schools in the country in 2025.

The KMK has also underestimated the primary school student population in 2030, Bertelsmann warned. "If the teacher gap is not closed by 2025, this shortage will persist through 2030," the foundation wrote in a press release.

More troubling, Bertelsmanns said, is that a rise in so-called "all-day schools," that remain open after regular hours end, has not been seriously accounted for and has an impact on the figures.

Bertelsmann suggested that tackling the teacher shortage will require a comprehensive strategy. One solution would be to mentor and certify people who have relevant skills in school subjects and wish to be teachers, but have not gone to university for teaching.

The foundation also recommends that retiring teachers stay on the job longer. For those teachers who are parents, Bertelsmann said they must be given more support when their work hours increase, especially in all-day schools.

But accurately evaluating the data is paramount for the federal government to even begin to tackle the problem.

"In the future, pupil and teacher forecasts should be updated annually, in order to be able to react more quickly to demographic changes," Dräger said, noting that only this way can the government avoid surprises and have adequate time to employ policy solutions.

The case concerned a student who became severely disabled after collapsing in gym class. He sued, arguing his teacher should have done first aid. Germany's highest criminal court ruled in his favor, but only to a point. (04.04.2019)

The union chief called smartphones a "permanent source of bullying." Mobile phones have already been banned at schools in France. (07.09.2018)