Spending on refugees by Germany's 16 states next year could exceed 17 billion euros, according to "Die Welt" newspaper. For the 300,000 children among them, 25,000 extra teachers are needed, reckons the trade union GEW. 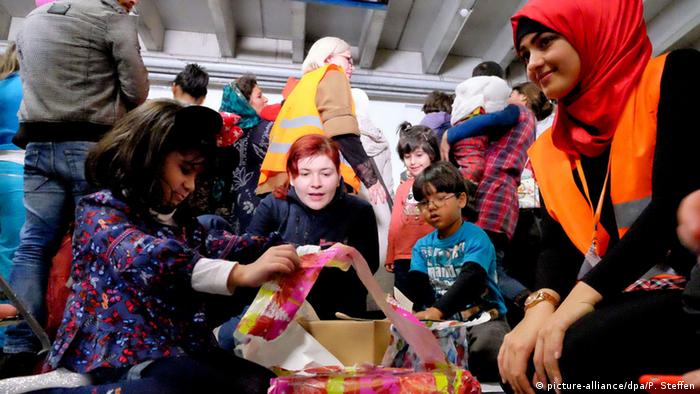 "Die Welt" said that its tally, found while surveying Germany's regional states or Länder, could end up even higher than the 17 billion ($18.6 billion) estimated, because its calculations had been based on 800,000 refugees.

As 2015 closes, arrivals this year are now put by German authorities at around one million. However, the final figure will likely depend on the rates of acceptance or rejection of asylum applications.

Facing the highest bill will be Germany's most populous state, North Rhine-Westphalia, followed by Bavaria, where most of the refugees first arrive. One of Germany's small states, Saarland, currently reckons with 100 million euros in supplementary refugee-related costs in 2016.

The costs are but a portion of burden-sharing agreed in October by the Länder and Germany's federal government. In December, a research institute said the situation was manageable.

Marlis Tepe, who chairs the teachers' education and science union GEW, urged school authorities to quickly do their calculations on the basis that 300,000 children were among the newly arrived asylum seekers in Germany. 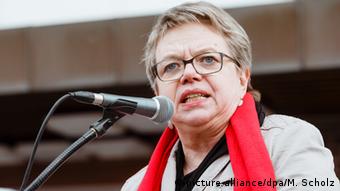 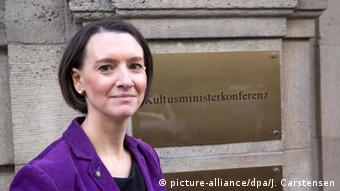 Bogedan is the new president of the Bonn-based KMK or Culture Ministers' Conference, a key administrative group that handles education in the country's 16 Länder.

Education is regarded under Germany's constitutional setup as a subordinate element of culture, which, in turn, is the legislative prerogative of the Länder.

The KMK dates back to 1948, when post-war West Germany was still in its infancy. Regions of former East Germany joined during reunification in 1990.

The education senator for the city-state of Hamburg, Ties Rabe, said all 16 Länder must rapidly prepare their schools for the new arrivals.

"The refugees are here, and every day without schooling is a lost day. I would like these children to immediately grasp that school is an implicit part of Germany," Rabe said. 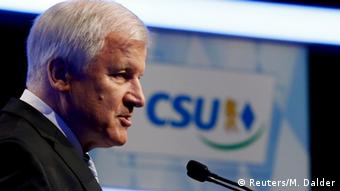 Did the conservatives want to create a "thought-police," she asked rhetorically.

"We will not reach the hearts and minds of refugees by getting a signature on a piece of paper or even less so through sanctions," she said.

A poll conducted by the Social Science Institute of Germany's combined EKD Protestant churches published last week found that 51 percent of those questioned were ready to assist at a refugee shelter in their neighborhood.

Eleven percent had already done so. And, 88 percent said the assistance so far for those facing existential loss would work out positively for Germany.

Among the 2,021 people sampled in the representative study, 37 percent said they had already donated items to refugees. A further 48 percent could imagine making such donations in the future. And, 13 percent were even ready to take in refugees.

Asked if Germany was prepared for the challenge, only 16 percent replied with "certainly not." A majority of 60 percent did not want to give a binding answer.

The respondents' greatest worry was a surge in far-right extremism. Almost 85 percent said this aspect worried them, just ahead of the concern that the accommodation market could become increasingly tight.

"Skepticism and confidence are holding the balance," said the president of the EKD's social welfare Diakonie network, Ulrich Lilie.

"The chances for a successful integration appear good, but we must meet these challenges with prudent and well-coordinated professional actions," he said.

Opinion: The refugee crisis - the task of the century

There has never been so much migration to Germany in such a short time. This demands a lot from the new arrivals as well as the locals, says DW's editor-in-chief, Alexander Kudascheff. (24.12.2015)