Germany ponders dilemma of ′transit zones′ | Germany| News and in-depth reporting from Berlin and beyond | DW | 14.10.2015

Bavarian politicians have been warming to the idea of "transit zones" for migrants entering Germany. However, refugee organizations are not so keen on the proposal, claiming it would be wrong, as well as impractical. 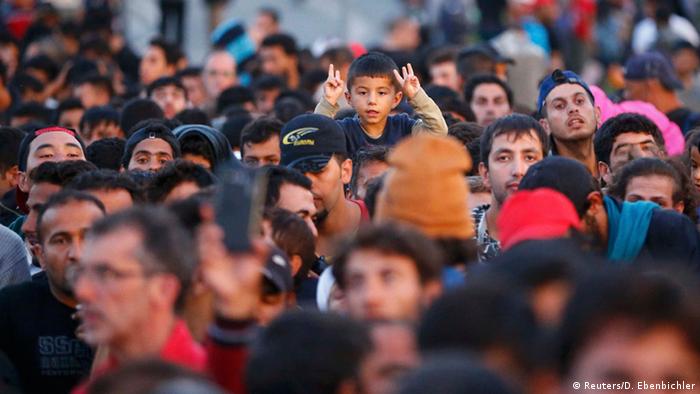 The plan is essentially a simple one. Migrants would have their claim assessed before even entering Germany. Those without a good reason to enter would be sent away.

With between 5,000 and 7,000 asylum seekers arriving at the Bavarian border each day, the Bavarian Interior Ministry sees the establishment of such zones as a possible solution.

Ministry spokesman Oliver Platzer told DW the idea was to introduce an accelerated asylum process that would make the influx to Germany more manageable. It would also mean that migrants from countries deemed safe, such as those in the western Balkans, could be swiftly turned back.

"This high amount of refugees, even provisionally cannot be absorbed, not to mention the consequential effects for integration and so on, to the extent that we need measures to be able to limit the influx," he said.

"One measure is this border process where we can promptly send back the people who have no right to stay here," Platzer stressed. 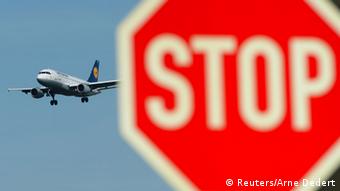 Airports as a blueprint

It might work at airports, says Beck, but it would simply not be viable along Bavaria's land border with Austria. "If you take a look at an airport, then you have perhaps a hundred or two hundred people getting off the plane and they must go through checks. When five to 10,000 refugees arrive at the border on any given day, how would you organize it?"

"The borders are open, not secured. How can you introduce a transit zone in Germany, where all the borders are open to all, when people can get into the country in other places? We don't think that is feasible."

The solution, says Beck, is instead to establish a better system of sharing refugees among EU countries, and to accelerate the asylum system of deciding who might stay. "We need a lot more people to work on these asylum procedures through the immigration office."

While the authorities may want to speed up the process of dealing with applications, Beck believes, they might also be hoping to appear in control.

"I think that they also want to give people the feeling that they are still capable of acting and that they have found a way to limit the large number of refugees that arrive every day." 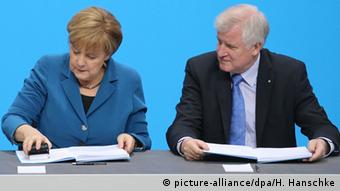 Bavarian conservatives appear largely in favor of border "transit zones" for the processing of asylum seekers, but the topic has become an increasingly divisive one for Germany's Grand Coalition.

The idea has been pushed by conservatives in Chancellor Angela Merkel's government, including the CSU, the Bavarian sister party of the chancellor's Christian Democrats (CDU). Merkel even lent some support to the proposal from CSU leader Horst Seehofer - one of the strongest critics of the chancellor's open-door policy.

But on the left of the coalition, the Social Democrats (SPD) are opposed to the introduction of any such facilities. Sigmar Gabriel, vice chancellor and SPD leader, has criticized the idea - dubbing the proposed facilities "detention zones."

At the ministry in Munich, Platzer says the measures would be standard. "They wouldn't be detention zones. It is clear that this would be an intake establishment, like any other intake facility. There would be a fence around it, but there would be no barbed wire or anything you would have in a detention center." 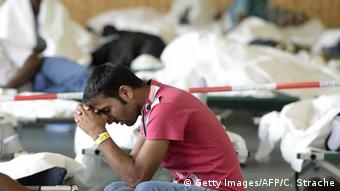 Bavaria wants the zones to ease the strain on overstretched municipalities

"We check with every arrival if someone is eligible to stay here and that is the case all over the world, just as if you wanted to enter the United States for instance, and had no visa, then you would immediately be sent back on the next flight."

However, for Wiebke Judith, asylum expert for Amnesty International in Germany, holding refugees in such facilities is a case of detention that breaks the rules.

"Our biggest concern about transit zones, and also now more concretely the plans that we hear from the German government, is that it will actually mean that every asylum seeker who reaches the German border will be imprisoned."

"The plans foresee that it can last for up to one week. For us," says Judith, "this is against international law and European law because the detention of an asylum seeker should always be the last resort."

Practical problems, such as where people would stay and be given adequate access to legal representation, have yet to be addressed, claims Judith, who cites Hungary as the main example of a country with a working transit zone. There, she says, the procedure is "very fast and thus not very fair."

"Hungary's transit zone really would be the example I hope we would not have," she warned.

The Bundestag is discussing new laws for refugees that will facilitate swifter deportation. But one proposal - setting up transit zones at the border - goes too far for the Social Democrats. (14.10.2015)

"Transit zone" has become a magic phrase in German politics. It gives the impression that a single measure will solve the refugee crisis. Nonsense, says DW's Felix Steiner - it is a completely unrealistic plan. (14.10.2015)

Controls on Germany's usually open borders have been extended until the end of the month. Checkpoints set up in September will remain to help manage the flow of refugees to Germany. (13.10.2015)