Who needs journalists? In Germany, politicians are interviewing themselves in an attempt to reach voters directly. Press advocates say the trend poses a risk to traditional journalism — and even democracy itself. 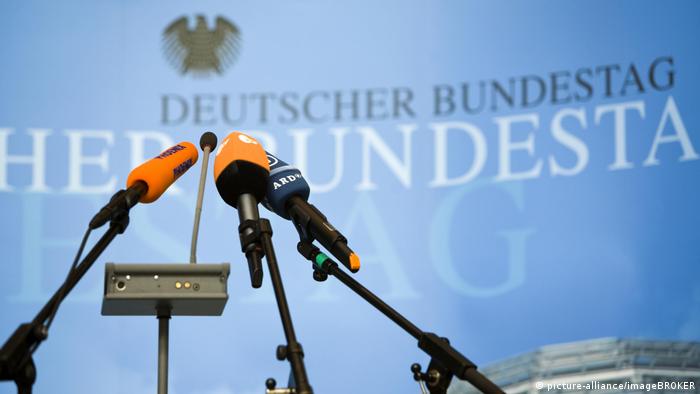 Not long ago, it was unthinkable that a politician would pose as a journalist to interview a fellow politician. But that's what's starting to happen. Consider one YouTube video featuring two prominent political leaders: German Chancellor Angela Merkel and her party's Bundestag chief, Ralf Brinkhaus.

"It's nice we can have this interview," he says, then goes on to ask the chancellor about her recollection of the fall of 1989, when the Berlin Wall collapsed.

Those who don't know who Ralf Brinkhaus is ⁠— and indeed that may be many ⁠— might think he is a journalist, and then wonder why he informally addresses the chancellor "Dear Angela." There is no immediate indication that the man asking the questions is a high-ranking member of Merkel's conservative Christian Democrats (CDU). That information comes only in a fine-print description.

The confusing optics are intentional, said Frank Überall, the director of the German Federation of Journalists (DJV). He told DW the goal is to appear authentic, and in-house journalism produced by parties or ministries is a trend in Germany, as it is in many countries around the world.

"Why give critical journalists an interview when I can do it myself?" he said.

'We control our own images'

When CDU leader Annegret Kramp-Karrenbauer invited the foreign press association to party headquarters in the spring, her press office required the conversation remain on background. That meant nothing she said could be published, and press photographers were left out.

The invited journalists, but not the party itself, observed the confidentiality. Shortly after the event, the CDU tweeted several photos, all taken by their own photographer.

"AKK speaking with 100 foreign journalists at CDU party headquarters," the tweet read, referring to Kramp-Karrenbauer by her initials, as she's commonly known in Germany.

Another time, journalists were not allowed into a discussion regarding migration and instead were given a livestream to watch. Kramp-Karrenbauer said it was because her party "owned the rights to the images" for use in "[their] own news." She said it was a push into "modern political communication" that would be further "developed."

Experts call this "message control," for which in-house "newsrooms" are set up. The far-right Alternative for Germany (AfD) party took one of the first steps, opening their own newsroom as soon as they entered the Bundestag in 2017. The AfD was interested in finding a way around traditional news media, whom the party distrusts.

"We are our own alternative media," Mario Hau, who heads the AfD's social media operation, told DW.

The AfD makes the most of their channels, said Martin Fuchs, a political and digital expert. The posts from party members get shared by the thousands, then further spread by followers. The viral operation has put mainstream parties under pressure to do the same.

Now, the Social Democrats have a newsroom, too, and the CDU is said to be putting a dozen people who will combine the party's social media channels into a single newsroom to work.

The goal is to reach potential voters who don't read newspapers or watch the news. Whereas before parties only had expensive campaign posters to reach this slice of the electorate, now they can deliver their political message directly into homes via the internet. 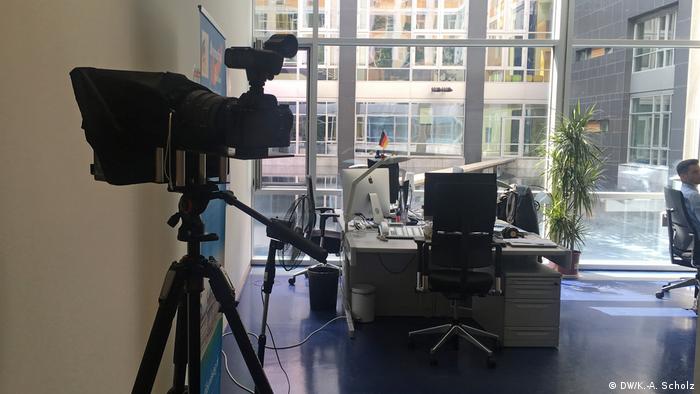 Keeping up with communication technology has its risks. The term "newsroom" is a "euphemism, a misleading label," said Überall. "A party can't make 'news' in the journalistic sense." There is no demand for balance and only interest-based information, he said, adding that a party "newsroom" lacks critical follow-up questioning, which is at the heart of real journalism.

In other words, this is just PR, Überall said.

Legal routes are limited in reversing the trend. Political parties in Germany enjoy a large amount of freedom. However, their parliamentary factions do have a certain limit: They can only spend money in ways that further their parliamentary work, not the parties'. But the line between the two can be blurry.

In the absence of clear legal recourse, the DJV has been trying to open a public debate on the matter. Only public pressure could lead to tighter regulation to protect real journalism work, said Überall, who sees a challenge in explaining to people that the trend towards political party newsrooms affects everyone, not just journalists.

"It could be counterproductive for democracy," he said.