The suspects are accused of staging a series of violent robberies dressed up as police officers. Authorities say they amassed stolen jewelry and other valuables worth more than €1 million. 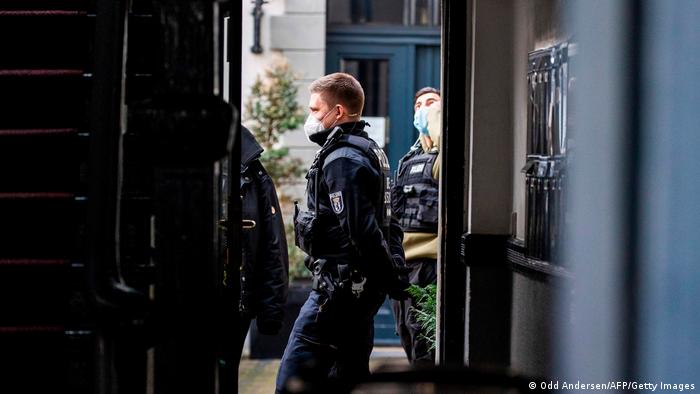 Around 300 police officers were involved in the early morning raids

A police statement said the raids followed an investigation lasting months and involved more than 300 officers, including criminal police and special operations commandos.

Three alleged gang members — aged 35, 38 and 51 — were arrested during searches of 27 premises in the states of Berlin, Brandenburg and Lower Saxony, police said. Nine other suspects — aged between 22 and 62 — are being investigated.

According to police, the group had been active since 2018, targeting apartments, family homes and a jewelry store in a series of often violent burglaries. They allegedly carried out the robberies dressed up as police officers, and tied up their victims up at gunpoint.

The suspects also appeared to have planned their crimes extremely carefully and "did not shy away from using violence," the police statement said.

In total, they stole more than €1 million ($1.2 million) in cash, watches and jewelry, the statement added. Some of the goods were later sold to a jewelry store.

French authorities have recovered all the loot stolen by a group of thieves in a brazen robbery of the Ritz hotel in Paris. The police still hunt for two suspects who managed to flee the scene as three were left behind.