Lithuania has increased its defense spending over the past year amid fears of Russia incursion. Some of that money will likely contribute to buying a dozen German tanks from the Bundeswehr. 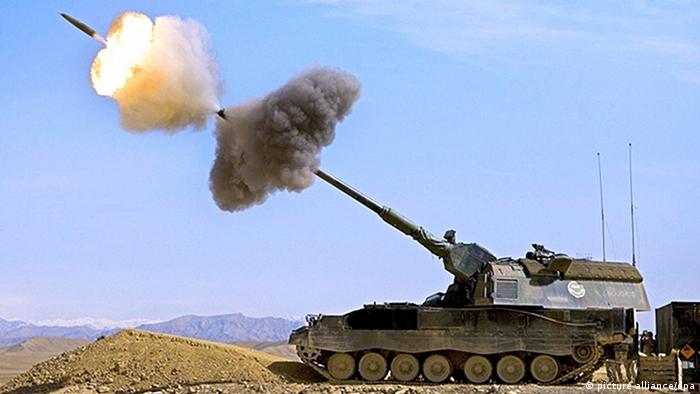 Germany's defense minister, Ursula von der Leyen, wrapped up her two-day tour of the Baltic states with a visit to the Lithuanian capital on Wednesday.

Following a meeting with her Lithuanian counterpart, Juozas Olekas (pictured), the two defense ministers announced a military equipment deal which will see the purchase of heavy weapons from Germany's Bundeswehr. 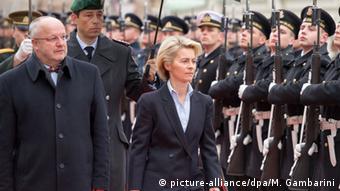 The deal came during von der Leyen's trip to the Baltics

Lithuania is to buy 12 howitzer 2000 from the German military for 15 million euros ($15.9 million) along with the corresponding combat and weapon engagement systems. The governments are to finalize the details in May.

Von der Leyen also confirmed that Berlin would lobby for Lithuania's bid to buy Boxer armored transport vehicles, which it must purchase from the manufacturer. The news confirmed reports in February of Vilnius' considering a German company in the bidding process.

On Tuesday, the German defense minister visited neighboring Estonia and Latvia in a sign of solidarity. Roughly 25 years after gaining independence from the Soviet Union, the three NATO members are now eyeing Russia warily after its surprise annexation of Crimea last year.

According to the Stockholm International Peace Research Institute, Vilnius has increased its defense spending by roughly 50 percent over the past year. It has also said that it is considering the reintroduction of conscription as a direct result of the perceived geopolitical threat.

The Ukrainian parliament has declared the former Communist regime to be criminal, and honored all those who fought for independence. Critics, however, see a further threat to the country's unity. (11.04.2015)

Lithuania plans to take Russian-language station RTR Planeta off the air for three months for spreading Kremlin "propaganda." The Ukraine crisis has rekindled fears of Russia expanding its influence in the Baltic. (08.04.2015)

Poland's border police have announced plans to build six watchtowers along its border with Kaliningrad. The move comes after Moscow said it will position state-of-the-art Iskander missiles in the Russian enclave. (07.04.2015)