Russia's annexation of Crimea has worried former Soviet satellite states. In a show of solidarity, Germany's defense minister has travelled to Baltic nations to pledge support. 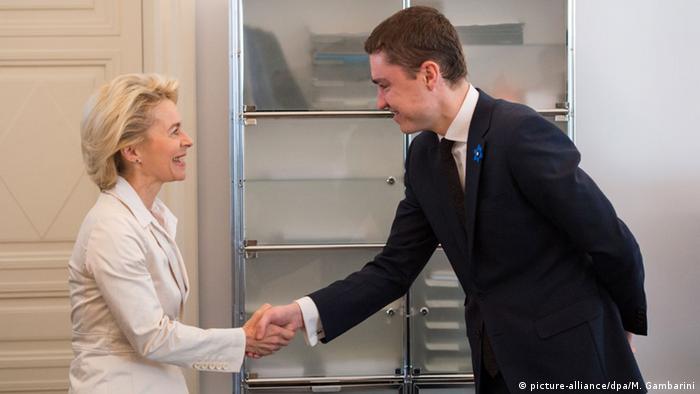 In the Estonian capital, Tallinn, she pledged her government's continued support as the region faces possible military aggression from Russia.

All three Baltic states - Estonia, Latvia and Lithuania - belong to NATO. However, given Russian President Vladimir Putin's decision last year to annex Crimea shortly after the dissolution of the Ukrainian government under ex-President Viktor Yanukovych, their governments now fear a sudden takeover of their land.

The EU has repeatedly levied sanctions on Russia in a bid to force it to halt all cooperation with eastern Ukrainian separatists. However, despite a ceasefire agreement, a lasting peace in eastern Ukraine remains tenuous amid reports of continued fighting.

Revelations of NATO defense shortfalls amid growing tensions in eastern Ukraine have further stoked fears that the Western military alliance wouldn't be able to protect these countries from Moscow.

"Estonia is of the opinion that there could be a continuous presence of European allies in [both] Estonia and the Baltic region under Germany's leadership," Roivas said, additionally thanking Berlin for contributing its air force to the Baltics surveillance mission.

Germany, alongside fellow NATO allies the UK and the US, have been patrolling Baltic airspace over fears of Russian aggression.

Von der Leyen attempted to dismiss the concern and reassure the government in Tallinn that it shouldn't "underestimate NATO's response capabilities."

By 2016, a total of 5,000 German soldiers would participate in NATO exercises in eastern Europe, she added.

The German defense chief was scheduled to travel to Latvia later on Tuesday and then to Lithuania on Wednesday where she would hold similar meetings.

Chancellor Angela Merkel has spoken publicly about the German military's equipment shortfalls, appealing for "all the facts" to be placed "on the table." The Bundeswehr's air force is particularly hard hit. (03.10.2014)