The UK defense chief has said that Vladimir Putin could launch an undercover campaign to destabilize the Baltic states. The remarks come a day after Britain escorted two Russian long-range bombers away from its airspace. 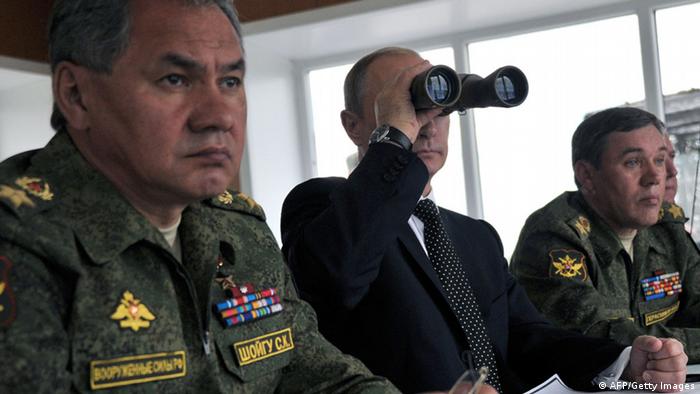 "I'm worried about Putin," Fallon told reporters en route to Sierra Leone. "I'm worried about his pressure on the Baltics, the way he is testing NATO. NATO has to be ready for any kind of aggression from Russia whatever form it takes. NATO is getting ready."

Putin, Fallon said, "is as great a threat to Europe as 'Islamic State.' We've got to be ready for both."

The comments are among some of the harshest that British leaders have made about Russia in recent months. Russian Foreign Ministry spokesman Alexander Lukashevich said that Fallon's remarks went beyond "diplomatic ethics" and added that Russia would reply to the comments.

Fallon's remarks come as Britain said Thursday that it had scrambled Typhoon fighter jets to escort two Russian long-range bombers away from the south coast of England on Wednesday evening.

"The Russian planes were escorted by the Royal Air Force until they were out of the UK area of interest. At no time did the Russian military aircraft cross into UK sovereign airspace," the British Ministry of Defense said.

British Prime Minister David Cameron said "the Russians are trying to make some sort of a point, and I don't think we should dignify it with too much of a response."

'Threats to all countries' 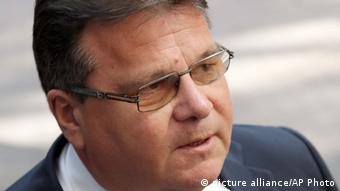 NATO has seen a spike in the number of intercepts of Russian aircraft in the last year amid renewed concerns of Russian territorial aggrandizement.

Earlier this month, Britain announced it would send fighter jets to help NATO with air policing in the Baltic states. It also plans to send up to 1,000 troops to join a NATO rapid reaction force.

"I really do see threats to all countries…I shouldn't say just to the Baltic states but also with regard to others."

"If we fail to react properly to what's happening in Ukraine, there will be a big temptation (for Russia) to further instigate situations elsewhere and then we will face a bigger problem," Linkevicius said.

Russia to get more missiles, NATO urges increase in spending

Russia's top general has pledged to use a strengthened arsenal to ensure military superiority over the West. NATO, meanwhile, has urged its member states to invest more in defense. (30.01.2015)

Russia to fly bombers over Gulf of Mexico

Russia plans to send long-range bombers on patrols ranging as far as the Gulf of Mexico and the eastern Pacific. The announcement comes amid new NATO accusations of Russia sending troops into eastern Ukraine. (12.11.2014)