The 'long goal is to weaken the EU,' expert says

The contest between Russia and Europe is about the rule of law, and Ukraine is a testing ground, a US expert says. It's "a challenge for the European Union and its leading member states." 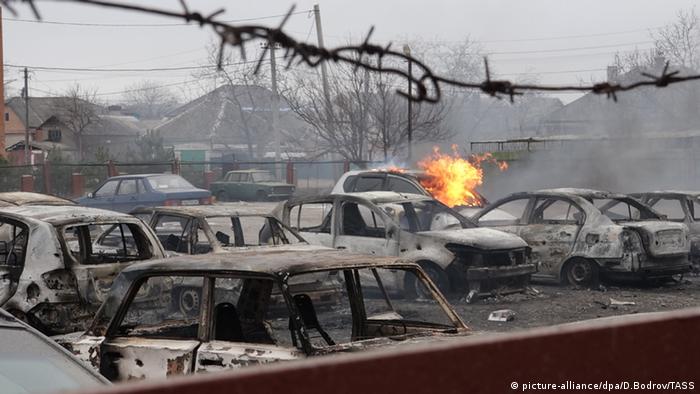 As the two sides in the Ukraine conflict become more and more entrenched, is there still a way out of this crisis? DW spoke to Timothy Snyder, a professor of Eastern European history at Yale University.

DW: With regard to escalating tensions in Mariupol, do you think pro-Russian rebels are about to launch an attack on the flashpoint city soon?

Timothy Snyder: I can't read their minds, but there are a few things that are very worrying. The first is that the leadership in the Kremlin has been talking for almost a year now of the need for a bridge between Russia and Moldova, which is a non-NATO country that neighbors Ukraine, and that would mean going all the way across the south of Ukraine. Secondly, the separatists themselves in their own maps and their own press draw up the image of their separatist republic as including Mariupol and indeed the entire south of Ukraine. Third: strategically, cutting off Ukraine from the Black Sea would mean cutting it off from its ability to export foodstuffs, which would be a crippling blow to its economy. And since part of the Russian idea is to weaken the Ukrainian state, there's good reason to worry that something like that might be in the works.

You've been quoted as saying that the "Ukraine crisis is not about Ukraine, it's about Europe" - Could you flesh that out? And also what President Vladimir Putin's endgame might be if this crisis is indeed about Europe? 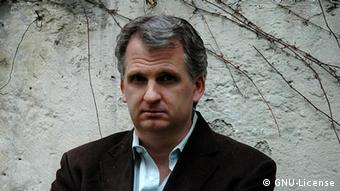 That's not simply my opinion, as it is a restatement of what the Russian authorities themselves say. The conflict with Ukraine began with the Russian invasion of Crimea, it continues with the Russian intervention in southeastern Ukraine which coincides with a rhetorical, material and ideological campaign against the European Union itself. This all began in 2013 when Russian propaganda, the Russian leadership, began to describe the European Union as an adversary and European culture as decadent and to proffer Russia as a kind of alternative. After a year of the war in Ukraine, it's best to see that war and the Russian role in that war as part of a larger campaign which includes supporting separatism inside the European Union, supporting client states inside the EU, supporting the far-right and the populist right inside the EU. The long game is to weaken the European Union, to see if it can be made to fall apart so that Russia can deal with individual nation states rather than with a larger coherent entity.

Is the Minsk 2 ceasefire deal a truce in name only? Was it worth the paper it was printed on?

These things are certainly worth trying. The way to understand what's happening is as a challenge for the European Union and its leading member states, France and Germany. It's perfectly appropriate for the Chancellor of Germany or the President of France or leaders of other European member states to try to negotiate these deals - it's better than not trying. But of course, the fact that they can't work, the fact that even in the truce, the Russian side doesn't accept responsibility for what it's done, that's also a lesson there to be learned. But, all in all, this is a challenge for the European Union. It can't really be resolved in Ukraine, since the Russian effort isn't directed only at Ukraine, since the Russian effort is directed at the European Union as such, this is a time when we'll see whether the European Union can decide what's important for itself.

In the past couple of days Kyiv has launched its own high profile war on corruption - can President Poroshenko shake off the mighty oligarchs and is this anti-corruption sweep a sign of how far Kyiv has come?

That's the key question. The biggest problem in Ukraine, including the war, is the rule of law. In fact, the two problems are connected because when Russia invaded Ukraine, that was in effect a counter-revolution. What Ukrainians wanted a year ago when they demonstrated was the rule of law. When Russia invades, Ukraine has to respond with what it's got, and what it's got is oligarchy. So that hinders the attempt to bring the people who control the Ukrainian economy under the control of the rule of law. That is the most important thing. What we're seeing now is a test of whether the Poroshenko government is establishing its own new vertical of power or whether it's going to try to bring other oligarchs under the control of the rule of law. If they can, then, in the long term, they're going to win the war, I think not just militarily, but politically. Ultimately, the contest between Russia and Europe is about the rule of law. Ukraine is a testing ground.

Timothy Snyder is a professor of Eastern European history at Yale University.

Ukrainian President Petro Poroshenko has raised the idea of holding a referendum on the decentralization of power to the country's cities. The proposal has been immediately snubbed by pro-Russian rebels. (06.04.2015)

For the second day in a row, Ukraine's military has reported several casualties. Fighting has dwindled since a February ceasefire was implemented, but both sides continue to blame each other for violating the pact. (05.04.2015)

Russia's president wants to establish a country that's united internally and that showcases its strength to the world beyond. The former Soviet Union is seen as a natural imperial framework, says historian Gerd Koenen. (02.04.2015)