For the second day in a row, Ukraine's military has reported several casualties. Fighting has dwindled since a February ceasefire was implemented, but both sides continue to blame each other for violating the pact. 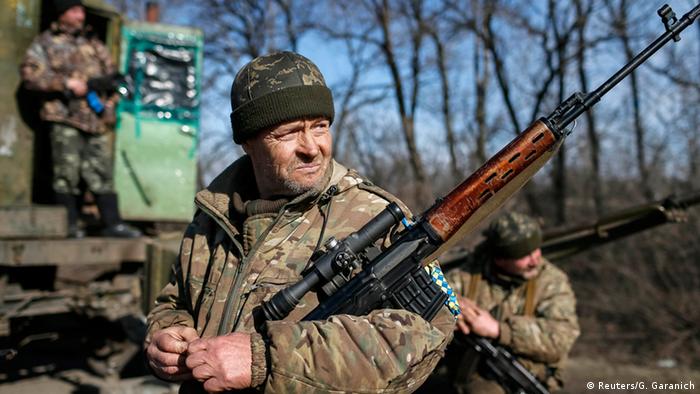 At least four Ukrainian soldiers were killed on Sunday when their vehicle came under attack near Luhansk.

"Militants had fired an anti-tank missile," the Ukrainian Interior Ministry said in a statement.

The attack increases the death toll over the weekend to at least seven. On Saturday, three soldiers were killed by a landmine near Donetsk. Both incidents were the first mortalities to be reported since Monday. 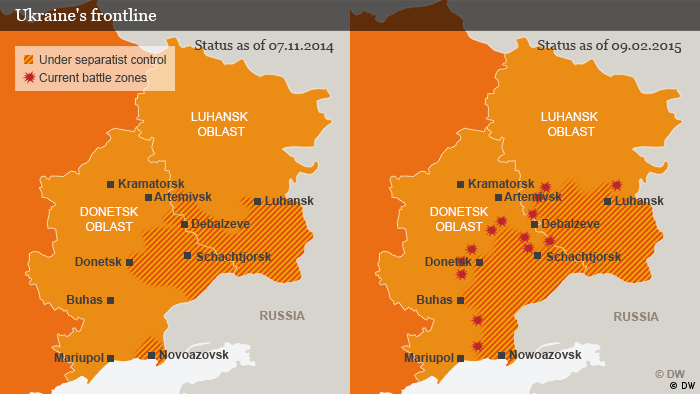 Alexander Zakharchenko and Igor Plotnitsky, the elected leaders of Donetsk and Luhansk, called for an end to Kyiv's embargo on government services in eastern Ukraine on Saturday.

In an open letter to Chancellor Angela Merkel and President Francois Hollande, they asked the leaders who helped negotiate the ceasefire in Ukraine to use their "influence to encourage Ukrainian offices to begin paying out welfare services to Donbass residents once again."

The government in Kyiv placed an embargo on social services to the country's eastern residents in November following what it deemed illegal elections that gave power to Zakharchenko and Plotnitsky.

Although the European Union, the United States and the United Nations also condemned the polls, the UN warned in December that Kyiv's embargo might be a violation of its obligations to citizens in the rebel-held territory.

"The fate for many [in those areas] may well be life-threatening," the Office of the UN High Commissioner for Human Rights said."

Kyiv had not only ceased paying out pensions, but had also relocated hospitals, schools and prisons, leaving a what the UNHCHR described as a "severe protection gap."