International donors have gathered in London to raise a record $9 billion (8.1 billion euros) for millions impacted by war in Syria. Past funding drives fell short and donors failed to deliver. 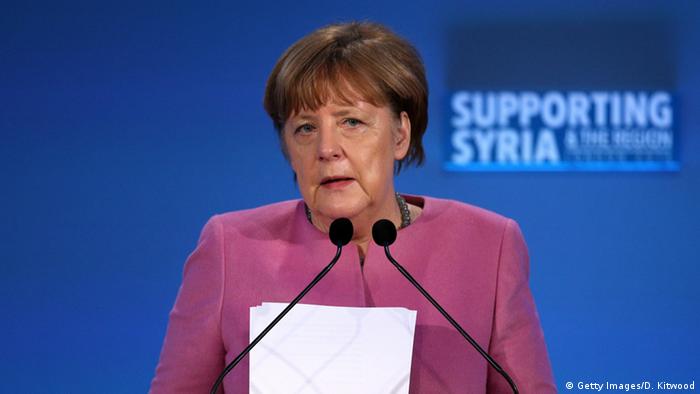 German Chancellor Angela Merkel on Thursday pledged 2.3 billion euros ($2.6 billion) in humanitarian aid for Syria through 2018, including 1.1 billion euros this year, as her country leads Europe's response to a massive refugee influx.

The pledge was made at the opening of an international donors conference in London, where a UN-coordinated appeal by dozens of agencies is calling for $7.7 billion to respond to the humanitarian disaster in Syria, while regional governments are asking for $1.2 billion.

The UN and the charities are hopeful that funding goals will be reached and pledges actually delivered upon after several years in a row of funding shortfalls, as an unending wave of refugees fleeing more than five years of conflict in Syria literally wash up on Europe's shores.

"We hope and expect to raise significant new funding," said Jens Laerke, spokesman of the Office for the Coordination of Humanitarian Affairs, which assembled the UN-led appeal. 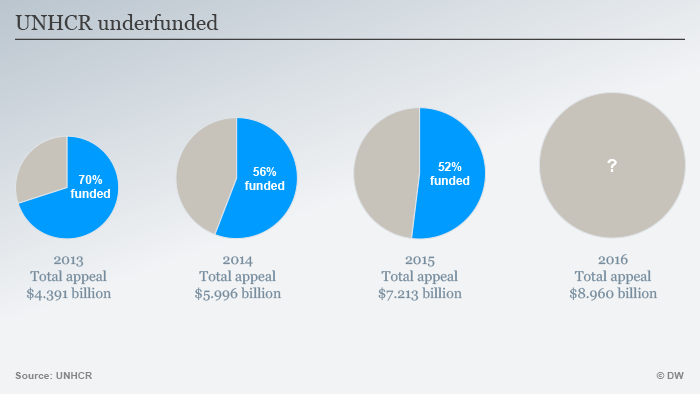 Donor countries in Europe were caught off guard by the influx of refugees and are struggling to keep them in the region. Motives to increase funding are both humanitarian and out of self-interest, but there is now a sense of urgency to keep refugees close to their homes.

German Development Minister Gerd Müller told DW in an interview the London conference must send a strong signal from the international community that the refugee crisis needs to be solved locally.

"With 10 billion euros ($11.1 billion) we can stabilize the whole region and give a signal to refugees: you can stay over there; we are creating new opportunities," he said on Wednesday.

Germany witnessed more than one million migrants enter the country in 2015 - nearly half from Syria - with at least a similar amount expected to come this year.

Merkel has come under increased political pressure from allies and opposition lawmakers for her open-door policy towards refugees, forcing her to switch track and tell refugees their situation was temporary, and they are expected to return home "once there is peace in Syria again."

But the reality is sinking in that after five years of war in Syria there is no clear end in sight to the misery of the millions. Internationally backed talks in Geneva between the Syrian opposition and the Assad regime struggled to even start this week, while the bombs continue to fall.

In addition to attending to the basics of food, shelter and health for at least 18 million in need of aid inside and outside the country, the international community needs to prepare for the long term.

Müller said a key to development was to create economic opportunities centered on infrastructure and investment in the most affected states, such as Lebanon, Jordan, Iraq and Turkey.

Germany has suggested a program to create 500,000 short-term jobs for refugees in the region.

The UN children's fund has warned of a "lost generation" in Syria as children's education is cut short. UNICEF is asking for nearly $1.2 billion (1.08 billion euro) for Syria, a quarter of which will be used in a bid to educate 8.2 million children inside and outside of the country. In polls, many refugee parents cite education and opportunity for their children as a primary motive to make the chaotic trip to Europe.

Thursday's donor conference in London is being co-hosted by the UK, Germany, Kuwait, Norway and the UN.