The UN special envoy for Syria has announced a two-and-a-half-week pause in peace talks being held in Geneva. A donor's conference organized by charities in London has called for more funding and care for civilians. 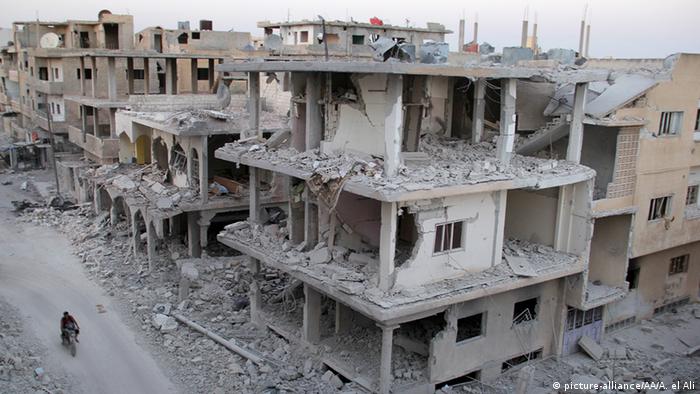 UN special envoy Staffan de Mistura announced in Geneva on Wednesday that he had put Syria peace talks on hold until February 25.

"I have concluded frankly that after the first week of preparatory talks there is more work to be done, not only by us but by the stakeholders," de Mistura told reporters after several days of talks aimed at starting indirect negotiations between the Syrian government and opposition.

"I have indicated from the first day I won't talk for the sake of talking," he said. "I therefore have taken the decision to bring a temporary pause. It is not the end or the failure of the talks."

The envoy said he was heading to London for a donor's conference organized by 90 international and Syrian groups including Oxfam and Nobel Peace Prize winning Pakistani schoolgirl Malala Yousafzai. The conference called for a significant funding increase, greater protection for civilians and better access to education.

The Syrian opposition, represented in Geneva as the High Negotiations Committee (HNC), called for action to "stop the indiscriminate bombardment, which is the primary killer of civilians and driver of refugees."


The HNC's chief coordinator, Riad Hijab, said the opposition would not return to the peace talks until there was a change on the ground in Syria: "Mr De Mistura paused the process, I believe this is a chance for the international community to put pressure on the regime and its allies to make sure they implemented the humanitarian needs of the Syrian people through releasing detainees and lifting sieges on towns and stopping aerial attacks on towns," Riad Hijab told reporters. "The HNC delegation will leave Geneva tomorrow and will not return here unless we see something on the ground."

The London conference aims to raise 8.3 billion euros ($9 billion) to help Syrians affected by the war and neighboring countries.

Russia's ongoing air strikes in Syria had been seen as a risk to the peace talks in Geneva. "Russian air strikes will not cease until we truly defeat the terrorist organizations ISIL and Jabhat al-Nusra," Russian Foreign Minister Sergei Lavrov told reporters in Oman on Wednesday. "I don't see why these air strikes should stop." 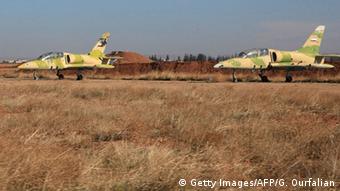 Russia's Defense Ministry said Wednesday that a Russian military adviser had been killed in Syria on Monday. It was the third Russian combat casualty since the launch of Moscow's air campaign four months ago. The death was blamed on mortar shelling by fighters with the self-declared "Islamic State" (IS).

On Monday, de Mistura had said the Geneva meetings were expected to last for six months and would have government and opposition delegations sitting in separate rooms and UN officials shuttling among them. Officials had said the immediate priorities would be a broad ceasefire, humanitarian aid for victims of the war that has been raging for over four years and halting the threat posed by IS.

German Foreign Minister Frank-Walter Steinmeier said he saw an opportunity for some discussions on Syria at the annual Munich Security Conference from February 12-14. Among the 23 heads of state and government due to take part are US Secretary of State John Kerry and Russian Foreign Minister Lavrov. 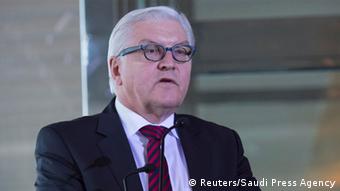 Steinmeier said the government of President Bashar al-Assad was responsible for the pause in the Geneva talks.

"It became increasingly clear in the last few days how the Geneva talks were affected by the Syrian military's offensive in Aleppo, and the unwillingness of the al Assad regime to allow humanitarian access to the besieged towns and villages," Steinmeier said during a trip to Saudi Arabia.