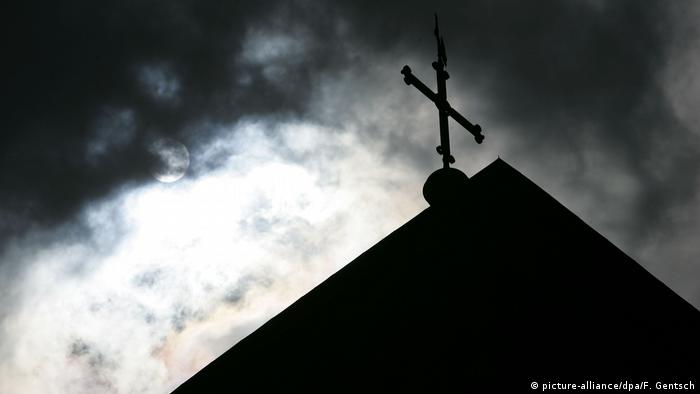 As the German Catholic Church seeks to acknowledge decades of sexual abuse perpetuated and covered up by its clergy, one faction of the church remained relatively silent — until now.

A survey into sexual abuse within religious orders found that at least 1,412 people approached the organizations claiming they were sexually abused as children, teenagers or as wards. The research, published on Wednesday, was conducted by an umbrella group for the leaders of religious orders in Germany (DOK).

The DOK acknowledged the pain caused by its members and recognized its "failure" in tackling the issue.

At least 654 monks, nuns and other members of the orders were accused of abuse. Around 80% of the victims were male and 20% female.

Most of abusers now dead

The DOK also said that around 80% of the suspected abusers have since died, while 37 of the accused have left their orders.

Out of the 392 religious orders in Germany, 291 responded to the questionnaire. Out of those who participated, over one third said they had logged allegations of sexual abuse.

Some of the allegations date back to the 1950s and 60s when many local schools and boarding schools in Germany were run by monks and nuns.

Although over 75% of the members of Germany's religious orders are women, the alleged perpetrators were overwhelmingly male.

No further information on the personal details of the victims or the perpetrators was included in the report, the DOK said, as the religious orders were promised anonymity.

The religious orders have faced criticism for hindering plans in Germany to carry out a uniform, sweeping investigation into sexual abuse allegations across Catholic institutions.

The victims' initiative "Eckiger Tisch" (or Square Table) called for all the documents to be secured and to be made available to prosecutors if there was a suspicion of abuse. In the event of older cases, they also called for those files to be saved for tor a central review commission to be set up.

The DOK emphasized that the actual sexual abuse figures are likely much higher and that further work is needed.

"Yes, brothers and sisters in our communities committed sexual abuse in its various forms," DOK chairwoman Katharina Kluitmann said. The victims who spoke out about the abuse often had to deal with disappointment and were retraumatized.

"These acts brought unspeakable suffering to those affected," she said.

The cleric said he wanted to tell parishioners about the biblically important meaning of forgiveness. He regretted that predator priests were labelled "criminals" but many of his congregation walked out of the church.