Germany: Outrage over video of officer placing a knee on man's neck

A police officer in the city of Dusseldorf was caught on video restraining a young man by placing his knee on his neck. Authorities are looking into the incident, which has been likened to that of George Floyd. 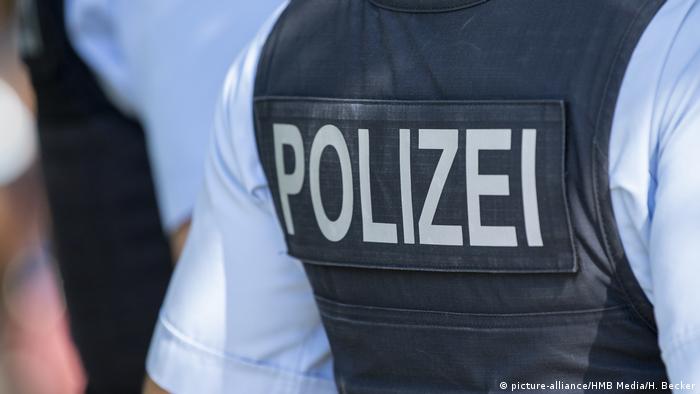 Authorities in the western German state of North Rhine-Westphalia said on Sunday that they were investigating an incident of possible police misconduct after a video surfaced on social media showing a police officer placing his knee on a suspect's neck.

During the video, which lasted 15 seconds, people at the scene could be heard shouting at the officers, demanding that they release the suspect.

According to the Dusseldorf police report, the incident took place on Saturday evening, when officers were called to the city's old town to handle a raucous crowd near a restaurant.

After the group was rounded up, a young man who was not involved in the incident but was at the scene allegedly interrupted the operation.

Dusseldorf police said the suspect then assaulted the officers, had to be restrained and was subsequently sent to the station for identification. He was later released.

The video caused outrage on social media, with many comparing it to the case of George Floyd, an African-American man who died when a Minneapolis police officer placed his knee on his neck for more than eight minutes.

"We take this video very seriously," a spokesman for the state's Interior Ministry said. The spokesman added that if misconduct is found, prosecutors will take the necessary measures to address it.

The incident comes in the wake of the Black Lives Matter protests in Germany, which sparked discussions about police violence and racial profiling.

In June, police action in the city of Stuttgart sparked a large riot that damaged police cars and nearby stores, showcasing existing tensions between youth and police in major cities.

Clan-run gaming, gambling and hookah bars in 10 Ruhr District cities have been raided by police, customs and tax enforcers. Cracking down on "clan criminality" is the avowed policy of Germany's NRW state.

German police in North Rhine-Westphalia have thanked a man for stepping in to restrain the assailant of a knife attack that took place on a city bus. The man came to Germany from Syria in 2016.