Clan-run gaming, gambling and hookah bars in 10 Ruhr District cities have been raided by police, customs and tax enforcers. Cracking down on "clan criminality" is the avowed policy of Germany's NRW state. 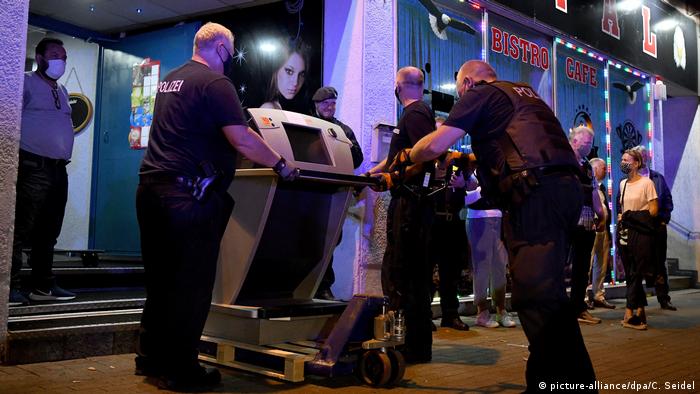 Raids against alleged "clan criminality" were staged in 10 cities across Germany's most populous state, North Rhine-Westphalia (NRW), on Saturday evening by regional and federal police squads, joined by customs and tax enforcers. 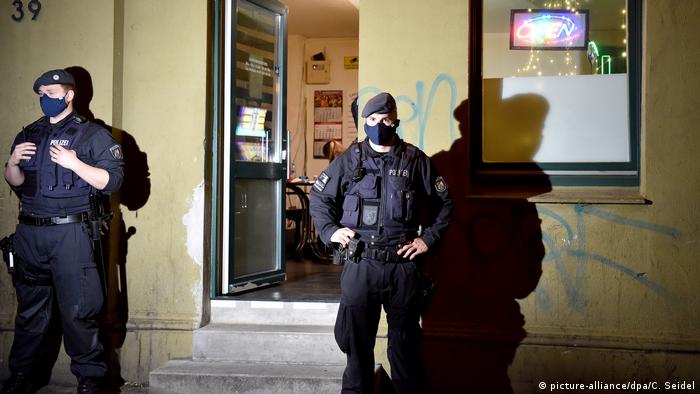 Access to the back room of an internet café in Essen was hidden by a locker. Behind it, authorities said they found automatic gambling devices and tables.

Visiting Essen during Saturday's searches, NRW interior minister Herbert Reul said he had a clear message: "The rule of state law applies and not law set by families."

"It is about showing those who make these cities unsafe in everyday life: This is over, you'll encounter trouble [from authorities] here every day,'' insisted Reul, a CDU member of the NRW cabinet that includes Free Democrat (FDP) liberals.

Also involved in Saturday's sweep was a special regional agency for lotteries and money-laundering prevention from Düsseldorf, NRW state's capital.

Last week, police and tax officials staged a similar series of searches in and around Oberhausen, near Duisburg.