They are some of the largest and oldest trees in Europe. To protect them, Germany's Ivenack Oak trees are getting a one-of-a-kind status. 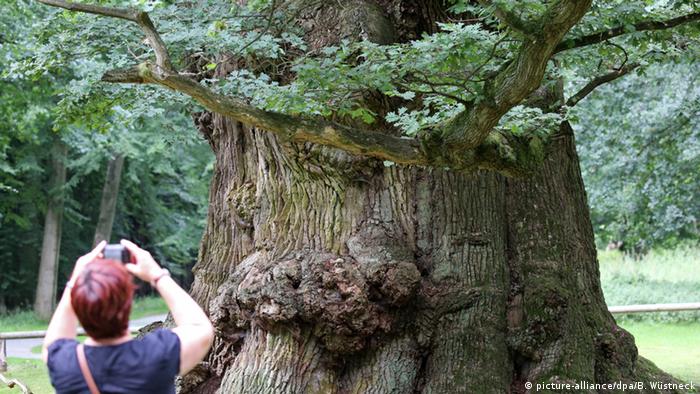 The Ivenack Oak Park in Germany's northeastern Mecklenburg-Western Pomeranian region was named a national natural monument on Thursday - the first site to the receive such a title.

"You have to have great respect for such extremely old trees," said Jochen Flasbarth from Germany's Ministry of the Environment. The oaks in the park are over 800 years old.

The Ivenack Oaks arose during the Middle Ages when the area was used as a wood pasture for livestock. The presence of the animals thinned out the forest, which improved the conditions for trees like oaks and beeches.

Some 50,000 visitors annually come to see the unique Ivenack Oaks.

Places of scientific, historical, geographical or cultural importance and which are particularly rare or beautiful, can be named national monuments. They are particularly common in the United States, though the title is bestowed in other countries as well.

An ancient university in India and rock art in China are among the four new additions to UNESCO's World Heritage List. More additions are expected to come this week. (15.07.2016)