German troops have been stationed in Mali for nearly nine years. But the Bundeswehr's mission might soon be over. Critics in Berlin are questioning its purpose. And Mali itself is looking out for new allies. 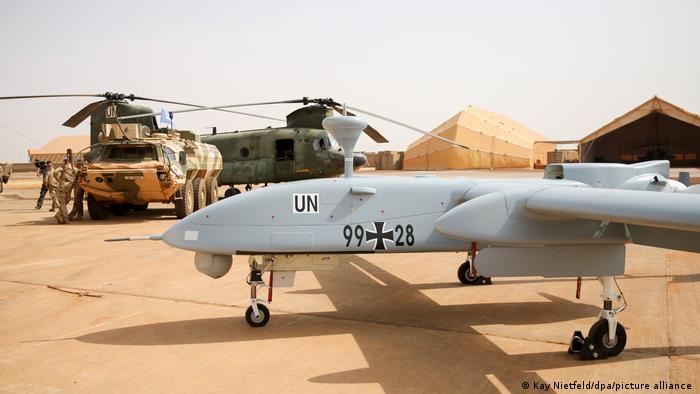 Grounded: a Heron drone in Mali

"Our mission is not an end in itself," Foreign Minister Annalena Baerbock told the national daily Süddeutsche Zeitung this Wednesday (02.02.2022). In view of the latest policy changes by Mali's government, the Green Party politician continued, Germany should honestly ask itself whether the conditions for the success of the mission are still in place.

This was the first time, a German government representative so clearly questioned the future of what is currently Germany's largest mission abroad.

The Bundeswehr has been facing problems in Mali recently: It is having trouble getting its drones — leased from Israel —  and its NH 90 transport helicopters off the ground. Every flight must be authorized 36 hours in advance by Mali's authorities.

"Our air reconnaissance is currently limited," a spokesperson for the Bundeswehr Operations Command told DW.

The flight restrictions are just part of many controversies that have flared up between the Malian regime and its European allies. Last week, Bamako ordered Danish specials forces to leave the country and this Monday, the French ambassador was expelled. Tensions are mounting between Mali and the European partners who have stationed troops in the West African country.

That is why it is far from clear whether the German federal parliament, the Bundestag, will extend the country's largest deployment. What is known is that at the end of May the mandates for two Bundeswehr deployments — one within the framework of the EU training mission (EUTM), the other as part of the UN peacekeeping mission (MINUSMA) — are due to expire.

Germany's presence in the troubled West African country dates to January 2013, when Mali's government sent an appeal for help to France and the United Nations.

France responded by sending troops. And many other countries, including Germany. With the help of these international forces, it was possible to push Islamists and other rebels to the north of the country.

But, nine years into the mission, Germany seems to be rapidly running out of patience with the government of Assimi Goïta, who came to power as Mali's provisional leader following a coup in May. He has let it be known that he no longer plans to go ahead with the plan for elections to be held in February. Instead, they are now scheduled to take place in five years' time. 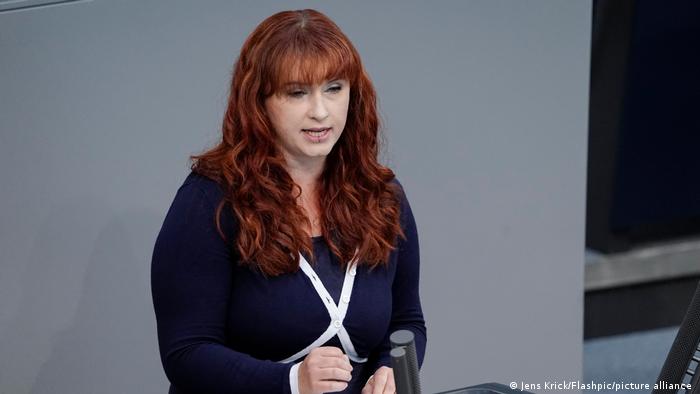 Brugger, of the Greens, questions the future viability of Germany's role in Mali

"A return to constitutional order is a key precondition for the international community's engagement in Mali," Agnieszka Brugger, the Greens defense spokesperson, told DW. "It goes without saying that recent decisions taken by the transitional government to restrict the freedom of movement of international forces within the framework of the mission, including the withdrawal of overflight rights, have led to considerable irritation and dismay."

In mid-January, Mali denied a German military aircraft access to its airspace for the first time. A transport plane with 75 soldiers on board was forced to divert from its intended course.

It seems as if the transitional authorities in Bamako are distancing themselves more and more from EU partners — not least from the former colonial power, France.

"It all means that there is every reason to be concerned. We can't just bash on regardless, issuing blank checks for the extension of the mission," Brugger said.

Only two of the parties currently represented in the Bundestag believe that Germany‘s armed forces should be withdrawn from Mali: the socialist Left Party and the far-right populist Alternative for Germany (AfD). "Bring the Bundeswehr home from Mali — Now!" demands AfD parliamentarian, René Springer.

The German missions began in order to help Mali in its fight against extremists and other insurgents. But, nine years on, few believe that the mission has really achieved much. Jihadi groups and criminal gangs are still active in the border region between Burkina Faso, Mali and Niger. The last five years have seen a rise in terrorist attacks — despite the deployment of drones and helicopters, despite the training of Mali's soldiers, and despite the millions of euros that European countries have pumped into the country. 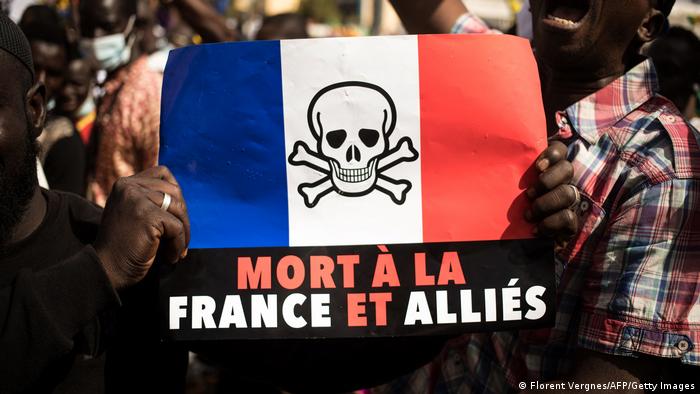 Many in Mali see the international missions as neocolonial interference

Many in Germany wonder whether Mali could go the way Afghanistan did. Philipp Münch from the Bundeswehr Center for Military History and Social Sciences in Potsdam told DW that there are worrying parallels — above all, when it comes to the huge and futile investment made by Western countries to beef up the national militaries.

"Clearly, the capacities and resources that Mali has at its disposal simply don't suffice to maintain Western-style military structures and pass on the skills and know-how required for such a system in the long term," Münch said. "It is, therefore, essentially a very similar problem to the one that we saw in Afghanistan. From my point of view, it isn't helpful to try and simply impose a Western-style military template." 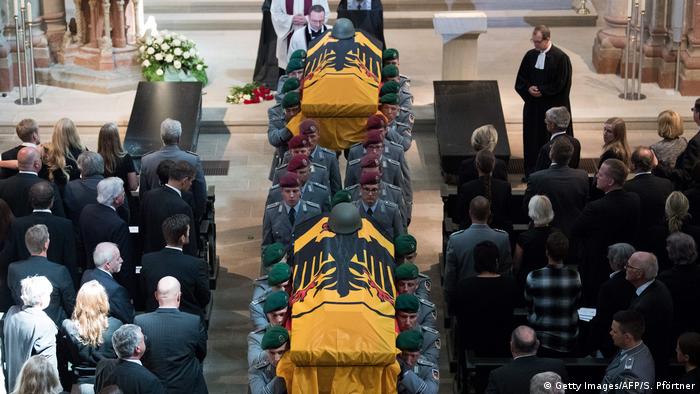 The key to everything, said Florian Hahn, defense spokesperson for the opposition conservative bloc of the Christian Democrats and Christian Social Union in the Bundestag, is to stabilize Mali and enable people to look to a sustainable future. And he gives a stark warning: "It is not in our own security interest to only support countries that are impeccable democracies," Hahn tells DW. "Our primary goals on the ground must be to combat terrorism and prevent uncontrolled mass migration to Europe." 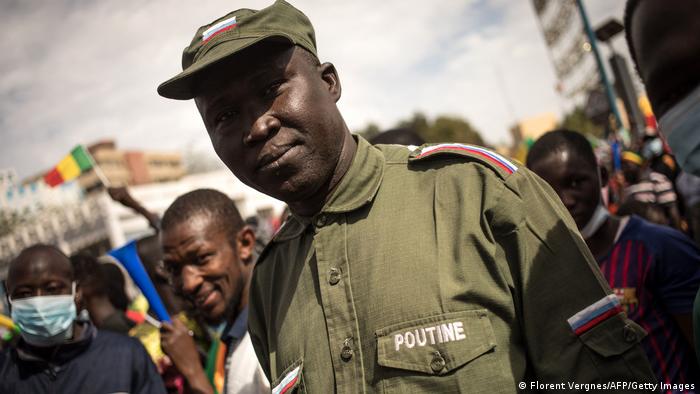 If Western forces withdraw from Mali, it is highly likely that Russia will step in and fill the power vacuum, Hahn said: "Anybody who wants to know how Russia is making its presence felt in Africa only needs to follow reports on the activities of the so-called Wagner Group." According to the US military, hundreds of Wagner Group mercenaries are already operating inside Maliand receive $10 million (€8.9 million) per month from Mali's government.

There is so far no conclusive evidence of any official agreement between Bamako and the Russian-backed Wagner Group. However, there are a growing number of reported sightings of mercenaries. While Mali admits that there are Russian military instructors in the country, it vehemently denies the presence of Wagner mercenaries.

The shadowy paramilitary organization, also believed to have been involved in operations in Syria, Libya and the Central African Republic, has been accused of human rights abuses. A stronger presence in the Sahel region would give Russia a springboard for extending its influence in Africa as well as a valuable bargaining chip in negotiations with the West over the Ukraine conflict. What's more, Russia also has a keen interest in exploiting precious natural resources in the region such as aluminum, gold and diamonds. An interest that many in Mali have long believed to be the real motive behind the West's presence in the country.

Until the Bundestag decides whether to extend the Mali mission, German forces will continue with their duties. But, even on the ground, they are currently constrained by Malian authorities. The Bundeswehr requires every ground mission to be reachable for medical evacuation in no more than 60 minutes. With helicopter flights having to be approved by Mali's authorities first, German ground forces can only go on patrol missions that have been planned in advance.

This article was first published on February 1, and updated to include the Foreign Minister's position one day later.

African armies are perceived as underfunded, underequipped, and ineffective. There is a long history of coups and human rights violations. Twenty sub-Saharan militaries were involved in armed conflicts in 2020.