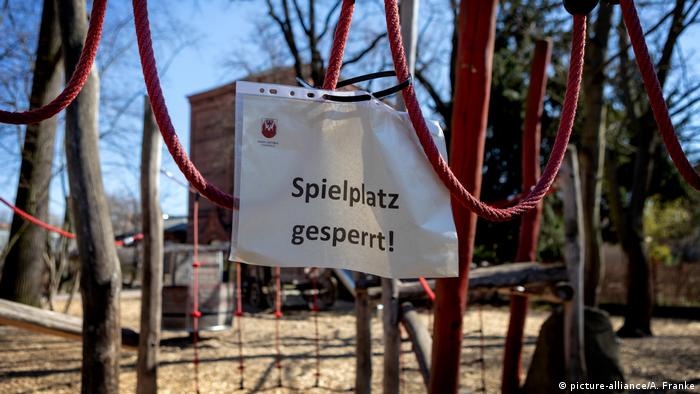 Officials in Germany are easing the pandemic restrictions, opening up houses of worship and many other communal spaces after a meeting of German Chancellor Angela Merkel and the heads of the 16 German states on Thursday.

Museums, gardens, zoos, playgrounds and monuments would also be opened in the coming days for visitors after weeks of lockdown.

Merkel said the states would have the final word on opening churches and other places of worship. Some religious events, including weddings, baptisms and wakes would also be permissible.

Commenting on the hospitality industry, Merkel said reopening restaurants at this point would be "problematic" because, "We can't check if people around one table are from one family, or from different households."

Merkel described Thursday's decisions as an "intermediate step" in the fight against the virus, saying that more measures would be announced next week.

The country's social distancing rules would stay in place at least until May 10, and Merkel and German premiers are due to decide on any further extensions next Wednesday. Merkel added that Germany's goal currently is, as much as possible, to keep the virus from quickly spreading.

"We don't have any medication, we don't have any vaccine against the virus and, ... therefore, the goal will always be to slow down the virus," Merkel said, adding that Germany was "successful in achieving this goal."

Lauterbach, a senior lawmaker for the center-left Social Democrats, a junior partner in the German grand coalition, also said he was "glad that we haven't decided on the schools and kindergartens" because the government could have gone "too far" with the easing of restrictions.

Two weeks ago, the government said it would allow the students who are set to finish their primary or secondary school this year go back to the classrooms in order to prepare for the transition to the next stage of education. The authorities are expected to announce a plan on restarting lessons for all other pupils next week.

Lauterbach told DW he felt that even the limited reopening of schools was "a mistake." 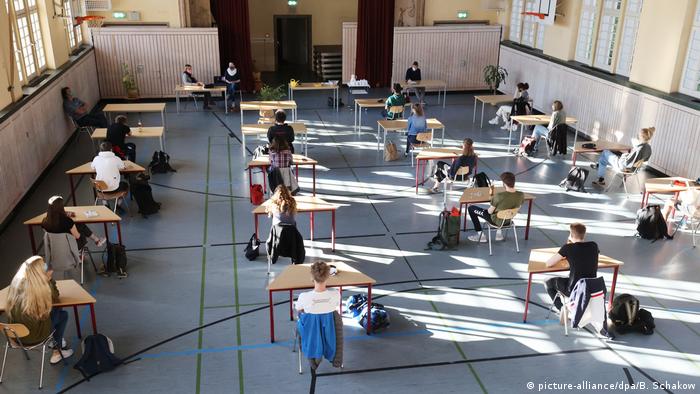 German schools will have to implement social distancing when students return

German Education Minister Anja Karliczek, however, warned that schools would not resume normal operation until "far into the next school year."

"Only when large parts of the population are vaccinated, we will return to normal classes, she told the Funke Mediengruppe newspaper.

Until they can return to normal, German schools will provide a mix of classic lessons and digital teaching, she added.

A sliver of hope for the Bundesliga

In addition to not ruling on whether schools would reopen, federal and state leaders postponed a decision on whether to restart matches in the Bundesliga, Germany's top soccer league.

While the authorities continued the ban on large public events, the Thursday meeting did not eliminate the possibility for sporting events to be played without spectators. Earlier on Thursday, Merkel's top aide Helge Braun said the officials would likely announce their decision following the next meeting between Merkel and state premiers on Wednesday.

Meanwhile, Germany's Bundesliga started testing players for COVID-19 in hopes that its teams would soon be called on to take to the pitch. 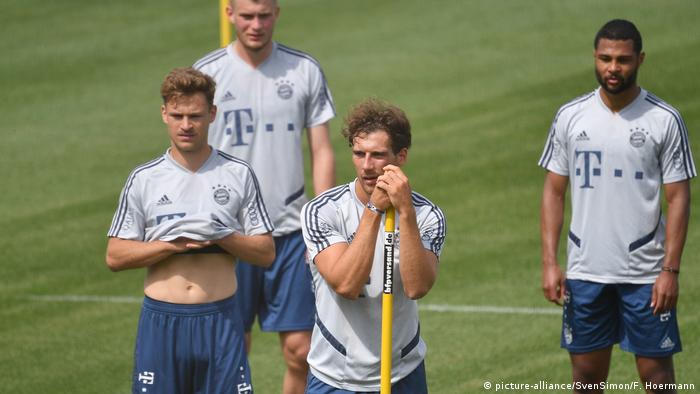 Soccer players in Germany are hoping the season can restart soon

Summer vacations abroad not on the agenda

When asked if Germans would be able to go on holiday abroad this summer, Merkel said vacations in other European

Union countries were not yet on the agenda for Germans. Merkel's government had previously extended the global travel warning until June 14. On Wednesday Germany's Foreign Minister Heiko Maas hinted that some European countries could reopen their borders by that time.

"But nobody can promise this," he said.

Pandemic 'not going to last forever'

German Finance Minister Olaf Scholz said the country needed to exercise good judgment not to waste the success it has seen in reducing the spread of the coronavirus.

"We all know how burdensome the restrictions in the struggle against the coronavirus are, but they have helped us get a grip on the infection numbers," he wrote on Twitter.

After imposing the lockdown in mid-March, Merkel announced the first easing of measures some two weeks ago. Several German states have since gone a step further by allowing places of worship, large stores and other public spaces to cautiously resume operation. Zoos are already open in Berlin and three other German states.

Bavarian Prime Minister Markus Söder emphasized that the crisis "is not going to last forever."

"But patience and being consistent are the two best pieces of advice for us," Söder said.

The coronavirus pandemic will hit Germany's economy harder than any other calamity in decades, according to Economy Minister Peter Altmaier. An expert told DW that projections of recovery in 2021 were "wishful thinking." (29.04.2020)