Germany leads the way in wastewater technology | Environment | All topics from climate change to conservation | DW | 20.02.2013

Treating sewage is often expensive and difficult in developing countries. Researchers are trying to develop new models to accommodate these regions of the world, but major problems remain. 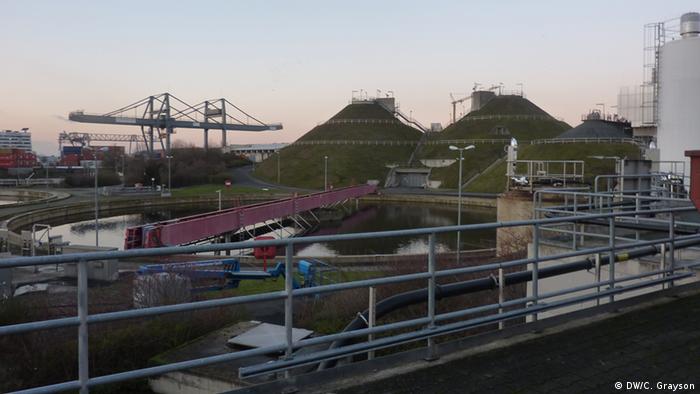 Over the last decade Germany has not only invested in domestic production of sewage systems, but it has also become an exporter of sewage technology. According to a recent study from the European Commission, Germany is the largest EU exporter of water technologies.

The German Engineering Federation has also reported that the nation exported nearly 800 million euros ($1.1 billion) worth of water and wastewater technology in 2011. This accounts for 33 percent of the EU export market.

Much of this technology has been tailored to Germany's climate, water quality and water management policies. Adapting the technology to different climates and making it compatible with local systems, however, can be difficult. 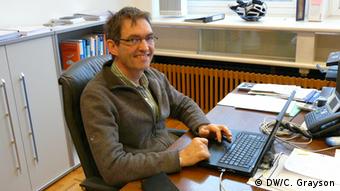 Harald Horn, a professor at the Karlsruhe Institute for Technology in southern Germany, says even if newly modified technology works, adjusting it to underfunded sewage systems is a challenge for German suppliers of wastewater technology.

Adapting the technology is easiest when water collection and treatment systems are similar to those found in developed countries. "Most of the countries in Africa at this point will not be able to completely use German technology or Western technology," Horn told DW. "Many Asian countries, like China, use similar systems to Germany."

In the last decade German researchers have heavily invested in research to improve systems that may benefit developing countries. In this approach, they have focused on two areas: specific individually-tailored implementation and cost reduction.

Modern German wastewater innovations were developed in the late 20th century. Today, Horn and his team want to improve these existing treatment methods. They are experimenting with the two different types of biological treatments of wastewater.

"One is done with oxygen or with air – called 'aerobic,'" Horn explained. "The other excludes oxygen and is known as anaerobic. The anaerobic process is very interesting because you produce biogas, which you can use to produce electrical energy or heating energy." 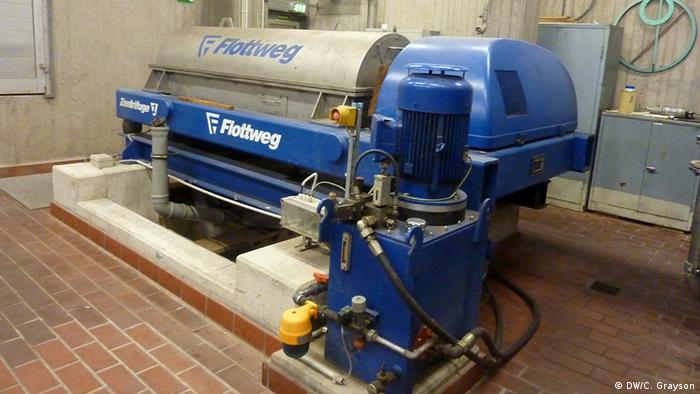 Efficient wastewater treatment technologies can be inexpensive and sustainable

Eva Gilbert, one of Horn's students, is trying to fine-tune both the aerobic and anaerobic methods in the hopes of making them energy efficient, inexpensive and adaptable to different climates.

"The problem in transferring the technology to other countries is not the technology itself but the cost," Gilbert told DW. She added that the challenge lies in making more money available. "In Germany, we put more money into wastewater treatment plans. The challenge in transferring that technology to other countries is more the will to put money into [their own] wastewater treatment plans."

Upgrading a city's sewage system is expensive. Not only does it require a city to purchase a modern sewage facility, but infrastructure also needs to be upgraded in order to collect wastewater. In Germany and other European countries, most of the money spent on wastewater treatment is invested in designing and building systems for wastewater collection.

Horn says in most cases, the largest challenge scientists face in developing countries is that there is no sewage system to begin with.

"Around 60 percent of the cost would go to the collection of wastewater, not to the treatment," Horn said. "This means that it's the infrastructure, the sewer system, which we have to install if we want to run the wastewater treatment similar to the way we do it here in Europe."

For developing countries, the challenge is to find the money to invest in technology. According to a recent United Nations report on the water supply and sanitation sector, many developing countries place a low priority on the collection and treatment of wastewater. 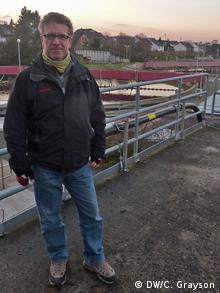 Esser says Bonn's treatment facility is a model for the world

Since 1997, the proportion of development aid allocated to sanitation and drinking water dropped from 8 percent to 5 percent. With the rapid urbanization occurring in many developing nations, poorly managed wastewater presents a serious health and environmental threat.

Richard Esser, the manager of the largest wastewater treatment facility in Bonn, explains that the technology in Germany is some of the most advanced in the world. People travel to the Bonn site from Russia, China and other countries to learn about German innovations in water processing.

"Many visitors come from different countries to observe what we're doing here and find it to be a cutting-edge facility," Esser said.

For some countries, the latest wastewater treatment plants are too complex and expensive and remain out of reach. But if research continues, access to these technologies may soon improve.

Peru battles to bring water to a dry capital

Close to one million people don't have access to safe drinking water in Lima. The government is trying to bring water to the slums. But it's a battle against climate change and migration. (17.12.2012)

Around 2.6 billion people worldwide live without a toilet. They relieve themselves in latrines, rivers, buckets or behind the next bush - and risk their health. Diarrheal diseases and Cholera can quickly cause death. (23.05.2012)

The sewage systems of the future