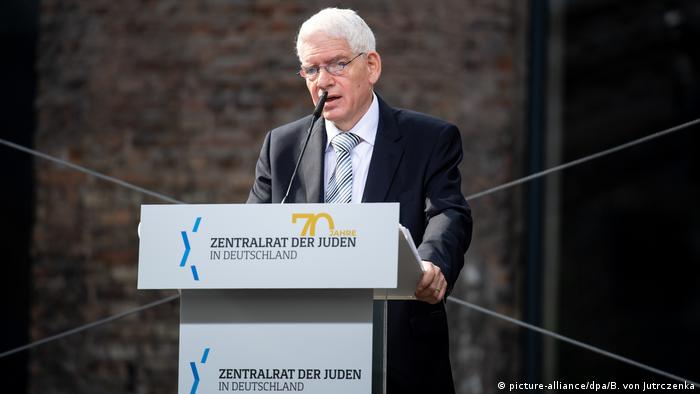 The president of the Central Council of Jews in Germany, Josef Schuster, called for a complete distancing of all other parties from the far-right Alternative for Germany (AfD) in an interview with the local newspaper Neue Osnabrücker Zeitung on Wednesday.

The comments by the head of the Berlin-based Jewish federation came ahead of the nationwide elections, as well as state-level polls in the state of Mecklenburg-Vorpommern, on September 26.

"I think the be-all and end-all in a newly elected parliament is the existence of a clear consensus among the democratic parties — not only to not deal politically with the AfD, but also to rule out any form of cooperation with them from the outset," Schuster said.

"This is also what ultimately makes Jewish life possible," he added.

Schuster accused the AfD of fomenting division and not abiding by democratic principles. According to the council president, they only have two main issues: immigration and skepticism toward the coronavirus pandemic.

"Regardless actually of what issue they talk about, it always comes back to migration, and then the migrants are dragged through the dirt," Schuster told the paper.

The far-right party has not managed to make gains during the coronavirus pandemic, despite fears of a swell of support. Recent polls predict them faring worse than in the last election in 2017.

They suffered a blow in June, coming 16 percentage points behind Angela Merkel's conservative Christian Democratic Union (CDU) in the state elections in Saxony-Anhalt, a traditional stronghold for the far-right party.

Schuster also criticized the formerly Soviet-controlled East Germany, the GDR, for the way it dealt with Jews.

"The GDR kind of shifted the legacy of national socialism onto West Germany," he said.

According to Schuster, both the Holocaust and Jewish life in East Germany were diminished and the topic of Israel was largely ignored.

Parts of eastern Germany, including in Saxony-Anhalt and Mecklenburg-Vorpommern, continue to be hotbeds of far-right and neo-Nazi activity.