The center-right CDU will remain the largest party in Saxony-Anhalt's state parliament, according to projected results. The election was a major political test for the CDU ahead of September's nationwide vote. 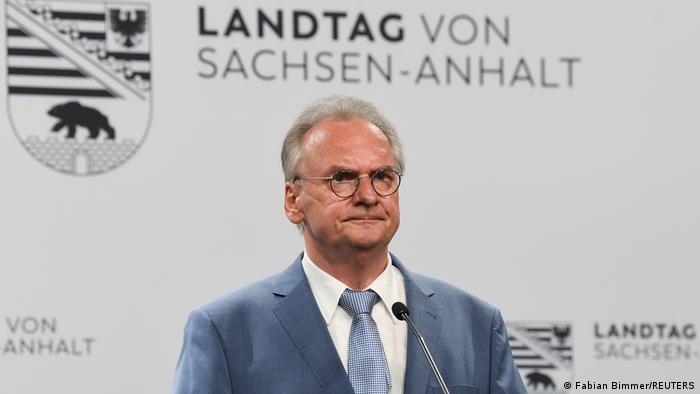 The results are a major relief for Saxony-Anhalt state premier Reiner Haseloff, a member of the CDU

German Chancellor Angela Merkel's Christian Democratic Union (CDU) will remain the largest party in Saxony-Anhalt's parliament, fending off a challenge from the far-right Alternative for Germany (AfD), according to projected results released Sunday.

The state election was seen as a major political test for the CDU, as the AfD was originally projected to land an upset victory.

Official preliminary results put the CDU in the lead at 37.1% support, with the AfD in second place at 20.8%. The socialist Left garnered 11% of the vote, while the Social Democratic Party brought in 8.4%.

The Greens garnered 5.9% support while the Free Democratic Party (FDP) brought in 6.4%.

"It means the AfD's rise has been halted," she added.

"It will certainly give the CDU a boost," DW Political Correspondent Hans Brandt said of the results. "There's a lot of happiness in the faces of CDU representatives today because they have scored a significant victory here."

He said the CDU may gain "momentum" from the elections, but said it is not a "done deal" that the party will pull off a solid performance during the upcoming federal elections.

How did the parties react to the results? 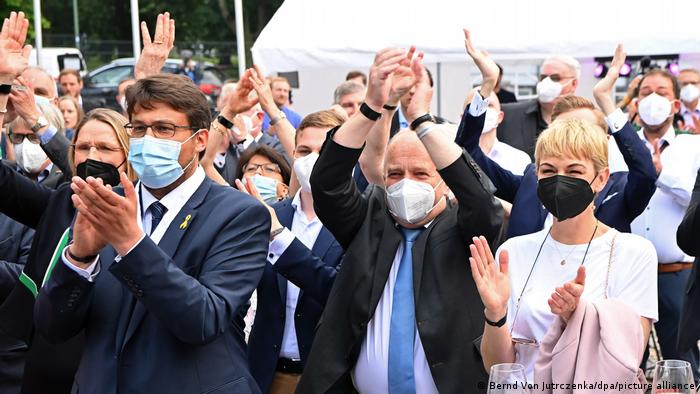 AfD Saxony-Anhalt Chairman Martin Reichardt said: "I think we can be very satisfied with the election result."

Greens chancellor candidate Annalena Baerbock expressed disappointment at the result, and said: "We hoped for more in this state election." The Greens are ascendant in other parts of Germany, with Baerbock one of the top candidates to replace Merkel as chancellor in the upcoming federal election.

FDP Saxony-Anhalt lead candidate Lydia Hüskens said she is "very optimistic" that her party could join the state's governing coalition.

Why is the AfD stronger in eastern Germany than in the west?

The AfD is popular in eastern states such as Saxony-Anhalt because some voters feel they have been left behind by the federal government in Berlin. These voters may want to send a message of protest towards the ruling elites by casting their ballots for the AfD.

Some citizens in eastern Germany are also unhappy with the federal government's decision to bring in refugees from Syria, Iraq and Afghanistan. The AfD has catered to these voters with a clear anti-immigration stance.

If the AfD had landed the most votes in the Saxony-Anhalt election, it would have been a major headache for CDU leadership in the state. It would have also been an ominous sign for the CDU's chances ahead of federal elections in September.

The results are a major relief for Saxony-Anhalt's CDU state premier, Reiner Haseloff. He had refused to form a governing coalition with the AfD.

"I've done everything necessary and possible to persuade people that we need stability and a democratic center," Haseloff told reporters on Sunday.

If the CDU's election results had been weaker, it could have been forced to form a coalition with the Left Party, an unthinkable prospect. The Left has roots in the former Marxist-Leninist ruling party of former East Germany (GDR).