The 22-year-old had been detained along with another immigrant on suspicion of stabbing to death a German man in Chemnitz. His lawyer has threatened legal action against those responsible for the unjustified arrest. 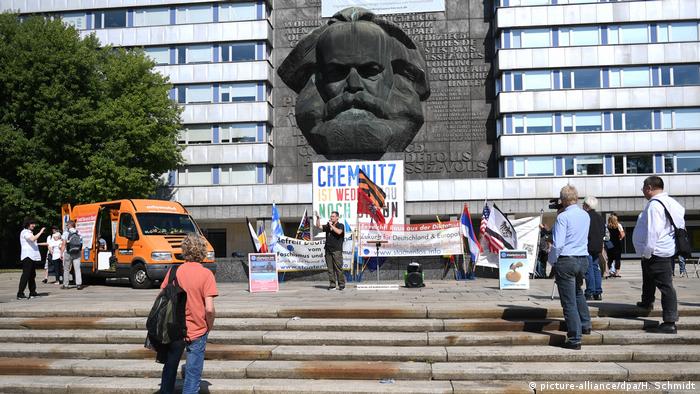 An Iraqi man detained over a fatal stabbing of a German man in the eastern German city of Chemnitz has been released after a court hearing.

The 22-year-old had been detained along with another immigrant on suspicion of stabbing to death the 35-year-old German in Chemnitz last month. The killing of Daniel H. triggered large anti-immigrant protests and counterprotests in the eastern German city.

The lawyer for the Iraqi, Ulrich Dost-Roxin, said the prosecutors could not find any evidence linking his client to the stabbing and that witnesses had not been able to identify him.

Dost-Roxin said he was considering taking legal action against those responsible for the unjustified arrest. His client spent three weeks in detention as the potential case against him was investigated.

The district court, however, refused to lift the arrest warrant against a second suspect, a 23-year-old Syrian man, who was also taken into custody over the killing.

Police are searching for a third suspect in the case.

The suspects targeted foreigners at a park, injuring a 26-year-old Iranian man. The coordinated action followed another far-right demonstration in the eastern German city. (16.09.2018)