Almost no part of Germany has been left untouched by a high-intensity storm over the past few days. Rising temperatures may have played a role, experts have warned. 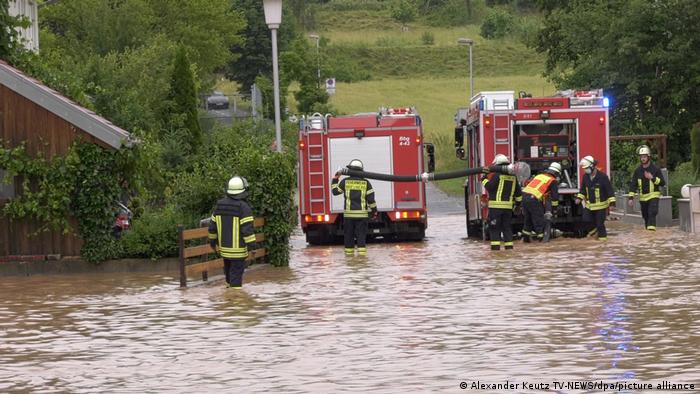 The storms and heavy rains that have caused damage and disruption across Germany in the past few days are likely due to changes in the climate, the head of the Stuttgart branch of the German Meteorological Service said on Wednesday.

The extreme weather caused flooding in streets and basements as well as knocking down trees. Emergency services, from Schleswig-Holstein in the north to Bavaria in the south, responded to hundreds of call-outs.

"Thunderstorms thrive on the heat down low and the cold up high because the differences in temperature are so big," he explained. Rising temperatures, therefore, pose the risk of more intense storms.

The fire department in the central German city of Frankfurt am Main had to declare a state of emergency after receiving an overwhelming number of calls.

Rainfall reached up to 45 liters per square meter in some parts of the city, closing streets, filling basements and even impacting hospitals. 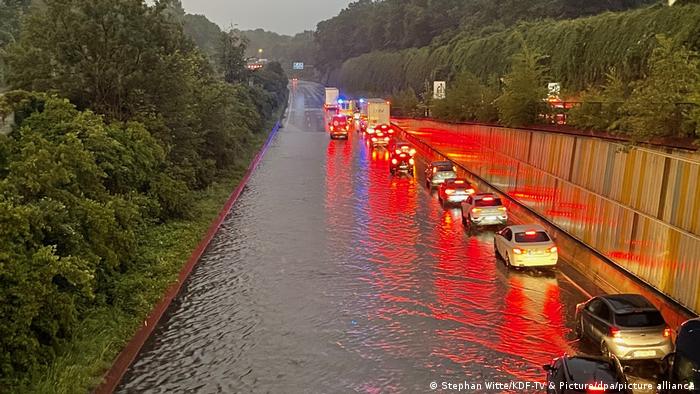 The most-populous state North Rhine-Westphalia was also affected. Emergency workers in the city of Krefeld received over 2,000 calls as basements and underground car parks were filled with water.

The town of Landshut in Bavaria was particularly badly hit. Officials reported torrential flooding on roads in some areas and "massive damage of property." 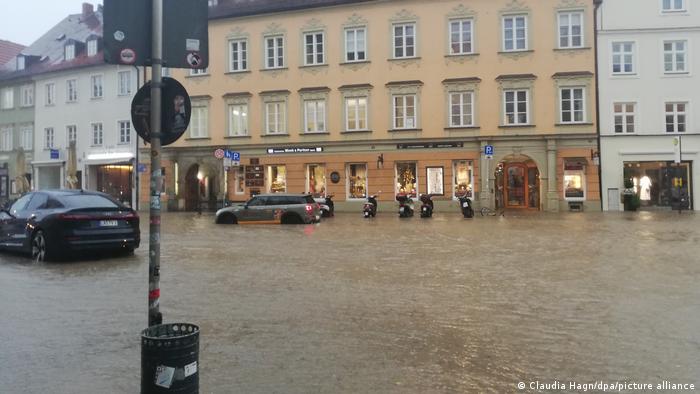 The old town of Landshut flooded on Tuesday evening

The storm also left casualties as many drivers lost control of their cars on flooded roads. A 23-year-old woman was killed when a 40-meter-tall tree fell onto her car in the southwestern state of Baden-Württemberg. 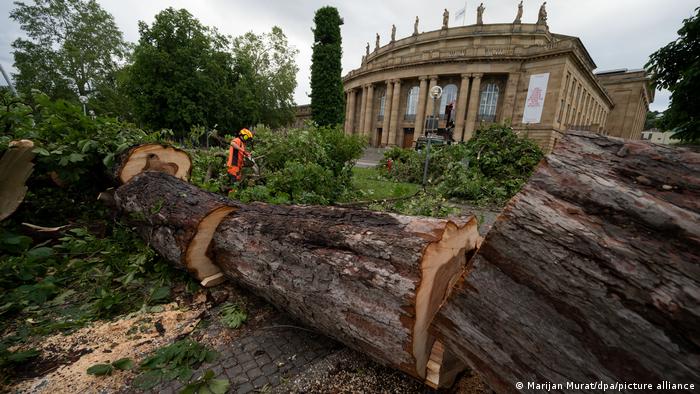 A fallen tree outside the Stuttgart Opera House

The German Meteorological Service said on Wednesday that the storm had died down in the south of the country as it headed north. Officials in the northeastern states of Brandenburg, Mecklenburg-Vorpommern and the city of Berlin all issued warnings.

The Czech Republic, which was hit by a tornado almost a week ago, was also affected by the storm. Some 145,000 houses were left without power, broadcaster Deutschlandfunk reported.