A leading meteorologist has warned that if heavy rains don't arrive soon, Germany could face its second drought in two years. Showers are forecast, but they might not be enough to protect much of this year's harvest. 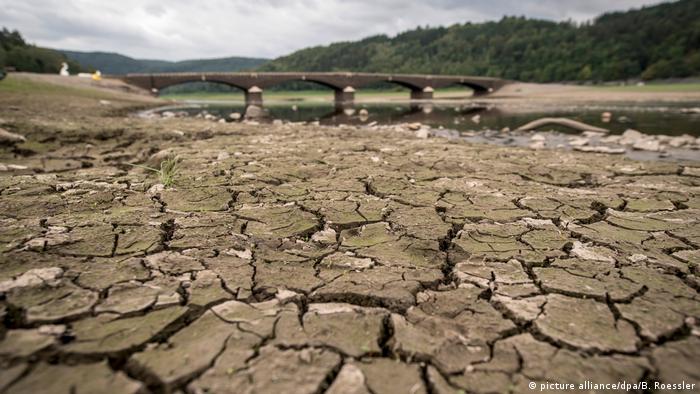 Germany could be facing its second drought in just two years, a leading meteorologist has said, just as farmers struggle with strict measures imposed to tackle the coronavirus pandemic.

Latif said the country's network of reservoirs is only partly full, adding that if there is no heavy rain in the next two to three weeks then a failed harvest could threaten the agriculture industry.

Major crop failures occurred in 2018 during a drought from April to November that led the German government to declare a crisis of "national proportions." During the fourth driest year since the National Meteorological Service (DWD) started recording rainfall patterns in 1881, the country saw the price of some vegetables rise by as much as 30%.

A total of 8,000 farmers were forced to apply for emergency aid.

Rain is forecast, but will it be enough?

Rain is forecast in the coming weeks, according to DWD. But Latif cautioned this would not be in the quantities needed to protect the agriculture sector from another drought.

It is also uncertain whether Germany has even recovered from the 2018 crisis. Agronomist Peter Gerandt from the University of Göttingen has warned that the soil could take years to recover because it has been so dry, leaving fields unable to absorb water fast enough.

German farmers have complained they are struggling to recruit enough seasonal labor to ensure a full spring harvest because of border closures put in place due to the coronavirus pandemic. The government recently lifted the restrictions, allowing workers from neighboring countries to travel to Germany to carry out the work.

Chancellor Angela Merkel also bemoaned the lack of rain in her weekly video message, which coincided with the country's annual "Day of the Tree."

In 2018, record drought across Germany caused crop failures and left farmers struggling. Germany's meteorological office says the droughts were not a once off and is setting up an early warning system to help farmers. (26.03.2019)

As the Earth warms, climate change-related disasters are on the rise. More people are being killed as a result of heatwaves, droughts and storms. In 2018, Japan, the Philippines and Germany were hit particularly hard. (04.12.2019)