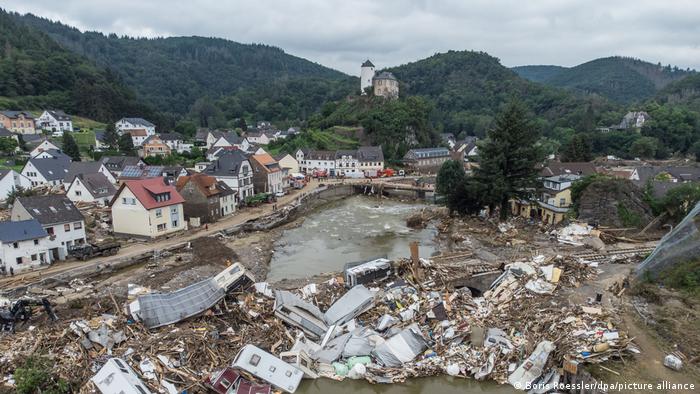 Finance Minister and Vice Chancellor Olaf Scholz announced the plan on Wednesday, saying that solidarity in times of need was "what makes our country strong and worth living in."

The Development Aid Fund 2021 will distribute money for reconstruction, with the particular aim of creating new structures that are less susceptible to flood damage, Scholz said. Most of the funds will be going to the states of Rhineland-Palatinate and North Rhine-Westphalia, where the damage was most severe.

More than 180 people in Germany lost their lives after weeks of heavy rains aggravated by climate change caused rivers to burst their banks, sweeping away some roads and buildings and causing others to collapse or be rendered unusable. Mudslides covered long stretches of rail tracks, and tens of thousands were left without power.

Afterward, the German weather service said that some towns in western Germany had experienced their highest levels of rain in over 100 years.

Who is getting the money?

The disaster relief fund would reimburse most affected towns, homeowners, businesses, and other institutions up to 80% of the cost of damages, the government said, with scope for total coverage for those who could demonstrate more "severe hardship."

Scholz did not clarify how soon the money would be made available, and the plan still requires a final rubber stamp from the Bundesrat, Germany's upper house of parliament.

On Wednesday, German President Frank-Walter Steinmeier said "in the hour of need, we are a strong, unified nation. We stand together."

Steinmeier spoke from the Nürburgring racetrack, which is located in the same district as some of the hardest-hit towns along the Ahr River. The famous attraction had been transformed into a base camp for relief and rescue efforts in July. 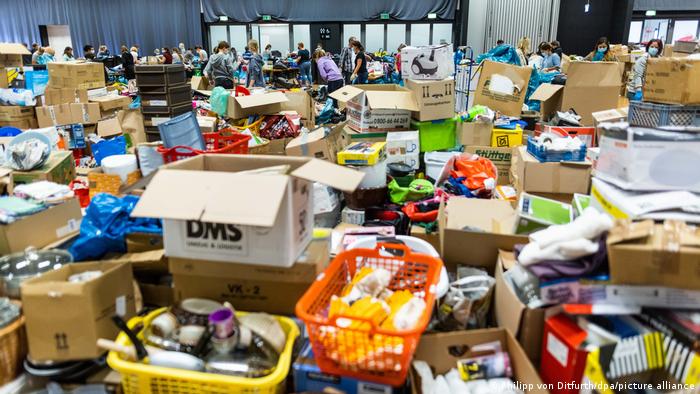 The Nürburgring race track, one of the largest facilities of any kind in the area with good road connections and located on higher ground, became a base of operations for relief efforts in the Ahr Valley after the floods

Scientists have warned that global warming will make extreme weather events such as flash floods increasingly more likely in the coming decades. While visiting some of the worst-hit towns just days after the flooding, Chancellor Merkel said that Germany needs better climate policy to deal with the coming crises.

At least eight people are dead and others missing after heavy rain swamped Seoul's metropolitan region. The rain began on Monday morning and had intensified by evening. In one part of the South Korean capital, it was the most rainfall in eighty years.