The German government will go ahead with a project to dump iron sulfate in the sea causing algae to bloom and soak up carbon dioxide. Attempts by environmental groups to stop the project have failed. 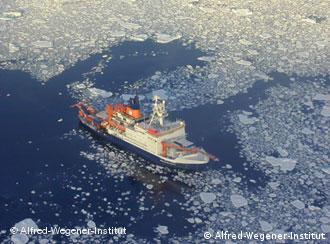 Germany gave the green light on Monday to a controversial plan with India to drop six tons of iron dust in the South Atlantic.

The experiment is the biggest trial ever of iron fertilization, a technology which could theoretically help stop global warming at very little cost.

But following complaints by environmentalists, Germany's Science Ministry ordered the plan suspended while it conducted an urgent review.

"After careful a study of expert reports, I am convinced there are no scientific or legal objections to the German-Indian marine research project," Research Minister Annette Schavan said on Monday, Jan. 26. "I have therefore decided … to begin the experiment."

Opponents of the plan fear that the results could be catastrophic, worring that it would cause the sea to become more acidic or trigger algae blooms that would deprive large areas of the ocean of oxygen.

Environment Minister Sigmar Gabriel told Schavan in a letter recently that the experiment "destroys Germany's credibility and its vanguard role in protecting biodiversity."

Under the plan, the iron dust is to be sprinkled over an area of 300 square kilometers from a German research vessel, the Polarstern.

It is hoped that algae living at the ocean surface will soak up the iron and reproduce rapidly, absorbing carbon dioxide from the surface water.

At the end of their life cycle the algae die and sink. Most of the carbon ends up in deep water or on the sea bottom.

Thirty Indian scientists and 18 from other nations left on board the Polarstern from Cape Town on Jan. 7 to carry out the experiment.

After international outcry from governments and envrionmental groups, Germany has postponed an experiment in the South Atlantic which could potentially pull massive amounts of carbon out of the air. (16.01.2009)

German carmaker Daimler is pulling out all the stops to fulfill the European Union's climate protection standards. The company says it will focus more on hybrid models, as well as smaller and more efficient engines. (17.01.2009)