Germany′s far-right AfD searching for new momentum ahead of election | Germany | News and in-depth reporting from Berlin and beyond | DW | 06.04.2021

Germany's far-right AfD searching for new momentum ahead of election 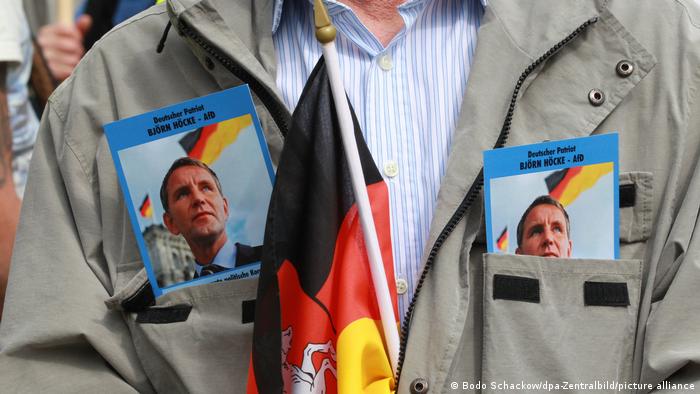 This should be a good time for the Alternative for Germany (AfD), if only because Germany has to choose an alternative: Chancellor Angela Merkel is no longer a candidate in September's federal election, leaving the country facing the kind of inevitable upheaval that an anti-mainstream party should be able to exploit.

Not only that, the built-in uncertainty of Germany's political future has been exacerbated in recent months by a series of legacy-scarring crises marking Merkel's final year in power and eroded trust in the political establishment.

As political analyst and far-right specialist Florian Hartleb puts it, the coronavirus pandemic has given the AfD opportunities. "Germany is in a big legitimacy crisis," Hartleb told DW. "There's a dramatic decline in support for the government and especially Angela Merkel, because of the lack of vaccines and other issues. This is the perfect opportunity for the AfD, which is the party against the grand coalition."

The latest opinion polls see the AfD stagnating at 11%

Ronald Gläser, AfD spokesman for the state of Berlin, said the government's current struggles could create a new opportunity. "As the dissatisfaction with the coronavirus measures grows, we have the potential to make greater gains," he said. "A blind man with a stick could see that the government is making decisions that contradict any common sense."

But recent elections suggest the AfD has not made use of this potential. The party lost around a third of its share of the vote in the Baden-Württemberg and Rhineland-Palatinate elections in mid-March — ending up at below 10% in both states, down from 15% five years ago.

This weekend, the party will regroup in Dresden, one of its eastern German strongholds, to finalize its manifesto and come up with a strategy to revive its momentum in Germany's "super election year" that will culminate in the general election on September 26.

AfD delegates will likely pin their hopes on the next state election in Saxony-Anhalt in early June, where the AfD took a quarter of the votes in 2016.

Gläser insisted the party is in a good position, despite the election setbacks. "Of course a few people are dissatisfied with the loss of votes, but honestly, it wasn't really surprising," he told DW.

For one thing, he argued, the AfD was never likely to repeat what he called the "phenomenal" successes of 2016, when the new party gathered up to a quarter of the vote in a series of regional elections.

Those successes came on the back of the refugee crisis that dominated that year, when the AfD was able to bend the political debate around its own nationalist and at times racist views, going on to become Germany's main opposition party in the Bundestag in 2017 with 12.6% of the national vote.

Meuthen is considered one of the AfD's most high-profile "moderates," a group that has historically been an endangered species. Previous AfD leaders such as Bernd Lucke and Frauke Petry have been excised from the party for opposing the party's more extreme factions.

In an attempt to avoid a split, Meuthen reached out to the more extremist end of the AfD in 2017, assuring them that "the Wing is and will remain an integral part of our party."

But the Wing, an informal group often portrayed as a right-wing extremist party within the party, has been under persistent pressure from German authorities in the last two years, and Meuthen's rapprochement disappeared when the Verfassungsschutz (BfV), the German domestic intelligence agency, decided to put the group under heightened surveillance. The Wing was then formally disbanded last year.

Last month, a BfV investigation concluded that in fact the entire AfD was "a case of suspected far-right extremism" and could be put under strict surveillance. The AfD has so far successfully challenged the decision in court.

Meanwhile, Meuthen has attempted to install a firewall against the far-right extremists in the party, sometimes initiating expulsion proceedings against politicians who expressed racist views. Most prominent among these lawmakers is Björn Höcke, the leader of the AfD in Thuringia.

Höcke is the most high-profile figure in the Wing, which, according to Germany's domestic intelligence agency, enjoys the support of up to 40% of AfD members.

Meuthen failed to remove Höcke — partly because the rest of the AfD's national leaders, including the two parliamentary leaders Weidel and Alexander Gauland, and Meuthen's co-chairman Tino Chrupalla, believe the group is vital for the party to maintain its far-right voter base. Gauland once described Höcke as "the center of the party." 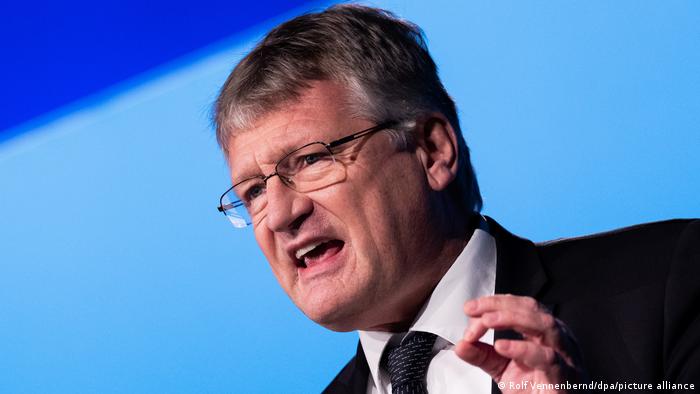 "Basically, Jörg Meuthen is clearly under fire within the party, and he's not powerful enough to kick the Wing out, which he wanted to do," said Hartleb. "But if I was advising the AfD — which I'm not, of course — I would say: Keep silent because the more they keep silent the more votes they're getting. They lost a lot of energy with these internal struggles."

But the strife has not yet been put aside. While the upcoming party gathering is formally about the election manifesto, 100 party members have already announced that they want Meuthen to be removed as party leader. And there is pressure to decide now about the top candidate for the general election in September — a decision Meuthen would like to delay.

What now for the AfD?

But despite the stain of extremism and the insistence of all other parties that they will never cooperate with the AfD, the party is far from struggling, according to Hartleb, and it has shown no sign of backing down from extremist rhetoric.

In the latest draft of the AfD election manifesto, unpublished but sent to delegates of the upcoming party conference, the party has intensified anti-immigrant rhetoric since the last manifesto in 2017. There is new emphasis on plans to deport more immigrants and introduce schemes to send refugees back to countries of origin as quickly as possible.

The problem here is that the AfD no longer has an all-consuming refugee "crisis" to boost its popularity. Nevertheless, Gläser insisted that the AfD maintains a solid presence in Germany's political debate.

"Our basic criticisms of European bailouts, of illegal mass immigration, of gender politics, of the abolition of fuel-burning cars, still hold," he said. "There are plenty of issues. The point will come when they return to the daily agenda." 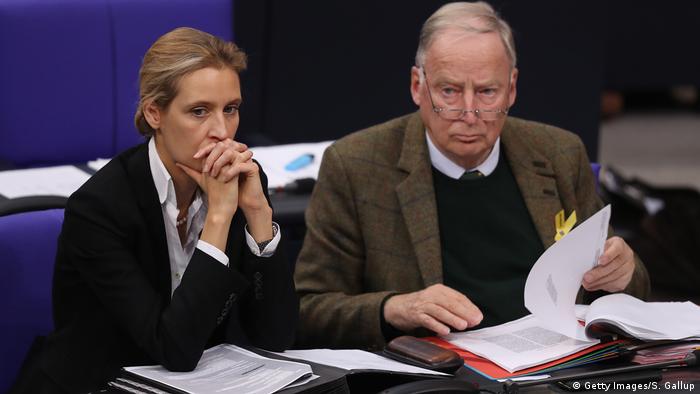 The AfD also claims that it has expanded its voter base in the past few years. It started out in 2013 as a euroskeptic party dominated by academics, but went on to make gains among the economically disadvantaged. "The AfD is much more than just the party of the losers of modernization," Hartleb said. "Many middle-class people vote for the AfD, too."

"The classic AfD voter is an older working man with a mid-level education qualification," said Gläser. "But we also see ourselves as having a program for everyone, just as all parties do. We're not fixed on certain issues or groups."

But voter analysis by pollster infratest dimap following the recent state elections suggests that the AfD may have lost the crucial weapon it had in 2016-2017: Its polarizing presence caused a boost in turnout, which it benefited from — more non-voters went for the AfD than other parties.

This year, the same analysis shows the Greens appear to be winning the battle for non-voters. Momentum makes a big difference in a big election year, and so far it's not with the AfD.