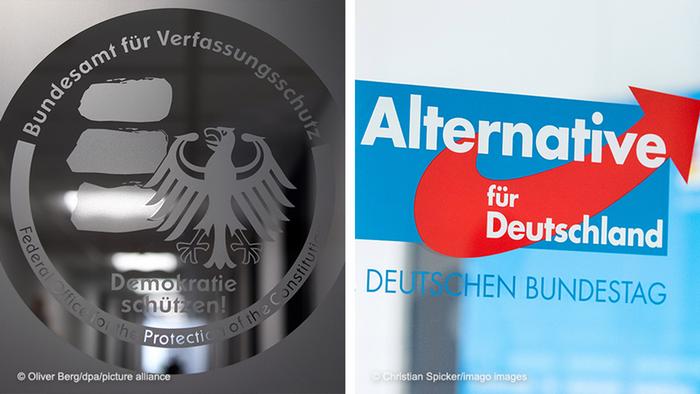 Is the AfD a threat to Germany's democratic order?

On Wednesday, it emerged that the nationalist Alternative for Germany (AfD) would be put under observationby the domestic intelligence agency, the BfV, a designation giving state agents more powers for surveillance in certain circumstances, including potentially tapping the party's communications.

AfD representatives were outraged, claiming that this was an attempt to harm the party ahead of the general election later this year.

The BfV, however, stressed it would not make any formal announcement on investigations into the AfD for the foreseeable future. The same would apply to the party's candidates for election in 2021.

AfD and its extremists

The AfD, which started out as a euroskeptic movement in 2013, has become increasingly beholden to its far-right supporters over the years. Successive leaders, from Bernd Lucke to Frauke Petry, were ousted for being too "moderate" and willing to compromise with the established parties of the political mainstream.

In the AfD's brief history, regular media controversies have flared up over uses of Nazi-era rhetoric, or statements minimizing the Nazi era, made by prominent figures at the extreme end of the party. Usually they come from Björn Höcke, AfD leader in the state of Thuringia, who for a time represented what was known as the "Wing," the name of the AfD's hardcore section that the party itself banned last year when domestic intelligence announced plans to keep tabs on it. 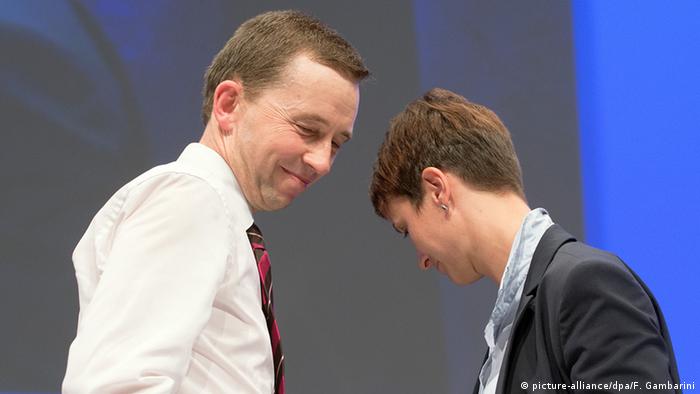 Rhetoric aside, there have also been real associations between the AfD and violent extremist neo-Nazis that have caught the attention of the BfV, especially at the regional level, where vetting is perhaps less rigorous.

In January, the AfD in the city of Kassel annulled the membership of Christian Wenzel, a prominent local neo-Nazi whom the party had put up as a candidate in a council election. Wenzel had been a member of the now-banned organization Blood & Honor in the 1990s, and had recently been in contact with Stephan Ernst, the neo-Nazi convicted of murdering politician Walter Lübcke in June 2019.

The public broadcaster ARD reported that the AfD's leading candidate in Rhineland-Palatinate's March 14 state elections, Michael Frisch — considered a moderate — had employed a former member of the neo-Nazi National Democratic Party (NPD) named only as Benjamin S., who had been known to the local police as a potentially violent extremist in 2009.

Whenever such regional scandals are uncovered (often by journalists or anti-fascist researchers), the AfD has moved swiftly to detach itself from the relevant people. In fact, its national leaders have tried and failed to remove Björn Höcke from the party more than once, though his popularity among supporters and the party leadership has proved too strong.

Ex-AfD spokesman: Migrants could be 'gassed'

Neo-Nazi influence on AfD has grown

Such cases keep popping up, and the RND news network and the Frankfurter Allgemeine Zeitung newspaper reported earlier this year that the BfV has had enough. A report leaked to the outlets suggested that the agency believes that the influence of neo-Nazis on the AfD has grown especially strong over the last two years.

The agency has now reportedly upgraded the entire party to a "suspected case" — as it did to a faction known as the Wing in March 2020. That means that the party as a whole is seen to be pursuing policies that run counter to Germany's constitutional and democratic order.

If the suspicion of extremism is confirmed, the surveillance would be classified as an "observation," which would give the BfV an even freer hand for surveillance. Theoretically, the domestic intelligence service can already use its entire toolbox against the AfD — and perhaps does.

The state branches of the domestic intelligence agency, which are autonomously controlled by the state governments, already have their own assessments of the AfD. For instance, the agencies of Thuringia, Saxony-Anhalt and Brandenburg, where the party has been noticeably successful among the electorate, already classify their respective branches of the AfD as "suspect" cases. The classification is being challenged in courts, 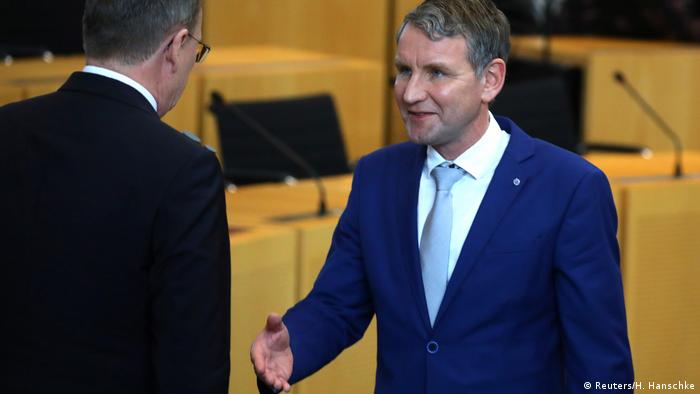 Björn Höcke (right) is considered an extremist in the AfD

In 2019, BfV President Thomas Haldenwang said there were "first actual indications of policies directed against the free democratic basic order."

The national AfD is set to take the matter to court. Its co-chairman Tino Chrupalla already said as much in an interview with the Neue Zürcher Zeitung at the end of December. The AfD is not an extremist party, he claimed, "but a party of socially conservative democrats."

This is an updated version of an article originally published earlier this year.