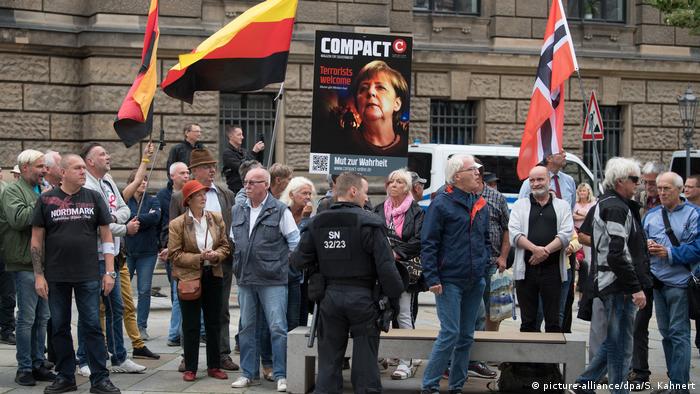 Populism in German politics is on the decline after peaking in 2018, according to a study released Thursday by the Bertelsmann Foundation.

Around 20% of registered voters in Germany are considered to have a "populist mindset," which is a drop from the 2018 figure of 33% of voters who had such a view, according to researchers.

"The trend toward an increasingly populist political climate in Germany has been turned around," said co-author Robert Vehrkamp in a statement.

Bertelsmann's "Populism Barometer," developed in cooperation with YouGov Germany, asked 10,000 voters in June whether they agreed with eight populist statements about the function of state and society.

Populist attitudes in the study include viewing politicians as part of a self-interested "corrupt elite," rejecting compromise or supporting direct sovereignty through referendums. The study also analyzed populist attitudes "within the dimensions of anti-pluralism, anti-establishment and homogeneity of the people."

What does it mean for German politics?

According to the study, the turn away from populism is being supported primarily by voters from Germany's political center. In 2018, this segment of voters showed the greatest increase in populist attitudes.

"The political center, in particular, is proving to be able to learn and to be robust in dealing with the populist temptation, and is thus proving to be the cornerstone of this change in public opinion," Vehrkamp said.

"Liberal democracy has responded to the populist mobilization with a democratic counter-mobilization — especially in the political center," he added.

AfD is for 'extremists'

The wave of populism in German politics in recent years has corresponded with the rise of anti-establishment parties like the far-right, anti-immigrant Alternative for Germany (AfD).

Traditional political camps, including parties like the center-right union of Christian Democratic Union and Christian Social Union and the business-friendly Free Democrats (FDP), were shedding voters to the AfD, and in response partially adapted their platforms toward populist sentiment.

According to the study, the slide of Germany's traditional political parties into populist voter segments has been stopped.

"The temptation of the CDU/CSU and the FDP to follow the populism of the AfD, to imitate it or at least rhetorically adapt to it, is losing its electoral appeal," said co-author Wolfgang Merkel from the Berlin Social Science Center (WZB), which also participated in the study.

The shift of centrists away from populism also means that the AfD is increasingly developing into a party dominated by right-wing extremist voters, according to the study.

"The party landscape in Germany is showing itself to be significantly more resistant to populism in the year before the 2021 federal elections than it was before and after the 2017 elections," said Vehrkamp.