Buyers interested in WWII history and who aren't afraid of rolling up their sleeves are in luck. German authorities are selling part of the destroyed Ludendorff Bridge or "Bridge at Remagen" to the highest bidder.

Two towers on the eastern end of a World War II era bridge — immortalized by the 1969 US film "The Bridge at Remagen" — are up for sale, German authorities confirmed on Monday.

The Federal Railway Property Fund (BEV) is selling the ruins located on the side of where the bridge formerly stood across the Rhine from Remagen.

The listing did not set a price for the bridge towers, rather stating that they will go to the highest bidder.

Interested buyers have until May 18 to make their offers.

Read more: World War II: US forces’ capture of the Bridge of Remagen was a turning point 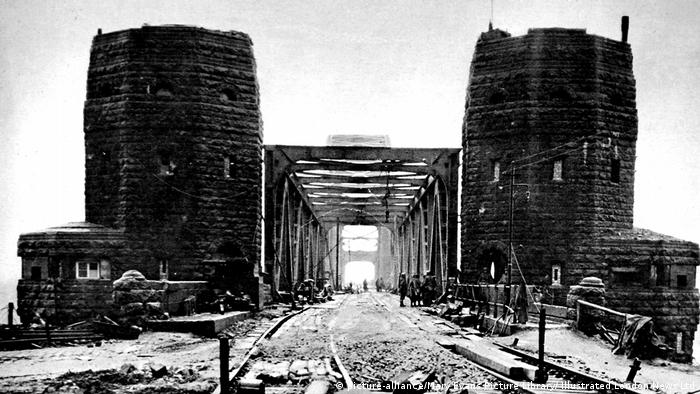 Some 50,000 Allied troops were able to cross the Rhine for the first time in March 1945 using the bridge

Owning a piece of history

A property listing on BEV's website described the towers as "the remains of a monumental bridge construction of national significance to war history."

The large, stone towers once formed part of the Ludendorff Bridge between the German towns of Remagen and Erpel. Allied forces came across the mostly intact bridge on the Remagen side in March 1945 despite efforts by Nazi German troops to destroy the bridge.

The bridge allowed Allied troops to cross the Rhine River for the first time, although the bridge finally collapsed days after they crossed. The capture of the bridge signified a turning point in the war. 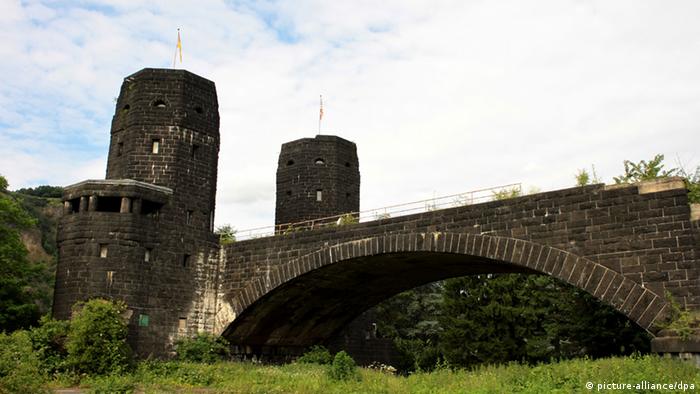 Any prospective buyers should be warned, however, that the historical ruins are going to need some serious work.

"It is in serious need of renovations," the property listing stated.

Due to the danger posed by falling bits of the towers' facade that could land on pedestrians or motorists, "the duty to ensure public safety must be taken into account," the BEV listing added.

Those hoping to turn the old bridge towers into a unique home or historic hotel are out of luck — the building cannot be used as housing, BEV said.

Despite the restrictions and renovation work facing the future owners, Rothe said the ruins may be of interest to historical societies or artists.

The towers on the Remagen side of where the Ludendorff Bridge formerly stood are currently being used as a museum.

The Ludendorff Bridge or Bridge at Remagen

Seizing the Ludendorff Bridge — intact — was a crucial strategic victory for the Allies in the latter stages of World War II. It provided them and their vehicles a path across the Rhine River, and on towards Berlin. (08.05.2018)