Until now, payments to Holocaust survivors stopped when they died — often leaving their spouses without a major source of income. The German government has now agreed for the first time to extend compensation. 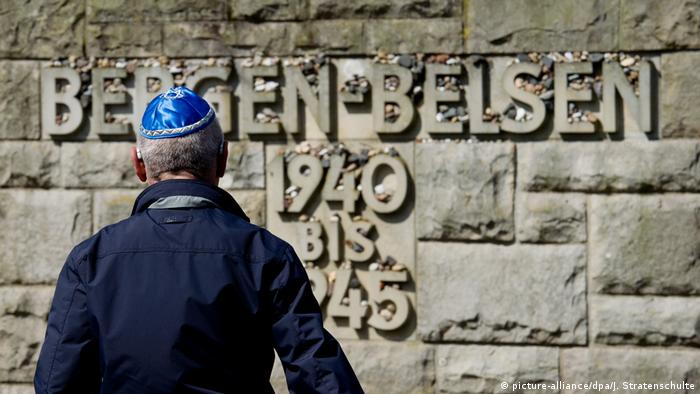 The New York-based Conference on Jewish Material Claims Against Germany released a statement on Monday, saying that Berlin agreed to continue paying a pension to the surviving spouse for up to nine months after their partner's death.

A total of 30,000 people are expected to qualify, with some 14,000 spouses expected to be granted the payment retroactively, Claims Conference negotiator Greg Schneider told the Associated Press.

"We have survivors who have been just getting by for many years," Schneider said. "This extra nine months of income gives a cushion for the family of the survivor to figure out how to deal with their new circumstances," he added.

Previously, the compensation payments were halted when the Holocaust survivor died, which often left their spouse without a major source of income.

Since 1952, the German government has paid over $80 billion (€71 billion) in pensions and social welfare payments to Jews who suffered under the Nazi regime.

Payments for those who saved Jews

In another first, the German government also agreed to pay into the Claims Conference fund for so-called Righteous Gentiles — non-Jews who helped Jewish people survive the Holocaust.

Around 277 Righteous Gentiles are still alive today, according to Schneider, adding that many are in need of financial assistance in their old age.

The German government also agreed to give an additional €44 million ($49.7 million) in funding for social welfare services — amounting to a total of €524 million for 2020.

Those funds provide financial assistance for some 132,000 Jewish Holocaust survivors around the world, including in-home care for over 78,000 people, the Claims Conference said.

"These increased benefits achieved by the hard work of our negotiations delegation, including additional compensation and greater funding for social services, will help ensure dignity in survivors' final years," Claims Conference President Julius Berman said in a statement.

"It remains our moral imperative to keep fighting as long as there are still survivors with us," he added.

At a ceremony in Utrecht, the head of the Dutch state rail company announced compensation for survivors and families of the 100,000 Holocaust victims sent on Dutch trains to Nazi death camps. (26.06.2019)