German prosecutors say an army employee has been detained on suspicion of spying for Iranian intelligence. The German-Afghan citizen worked as a translator for the German military. 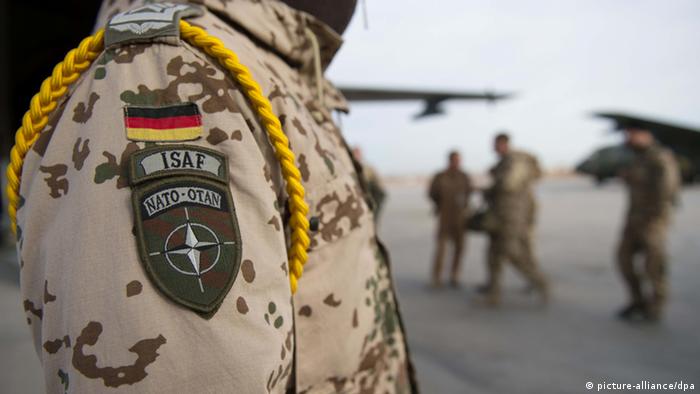 German federal prosecutors on Tuesday said an employee of the German army had been held on suspicion of spying for the Iranian intelligence service.

The prosecutor's office said in a statement that a 50-year-old German-Afghan citizen, whose name was given as Abdul Hamid S., was a language expert and cultural adviser for the German armed forces.

"Abdul Hamid S. is strongly suspected of having worked for a foreign intelligence agency," the intelligence officer said.

The German news magazine Der Spiegel reported that the suspect had access to sensitive information, including possible details of troop deployments in Afghanistan. It said he had worked for Iranian secret services for several years.

Intelligence officials in Germany and Europe have raised fears about what they see as increasing espionage by Iran. Germany's domestic intelligence agency in July reported that Iran had upped its cyber warfare capabilities and posed a danger for German companies.

Germany has past examples of uncovering spies working for foreign agencies that made for big headlines.

In 2013, Germany jailed a married couple who it found had spied for the Russian secret services for more than 20 years. The pair had been planted in the former West Germany from 1988 by the Soviet Union's KGB and later its successor, the SVR.

Brussels has backed sanctions against Iran for its involvement in assassination attempts in France and Denmark. For some European governments, the measures are long overdue. (09.01.2019)

After plea bargaining, Gonen Segev is to be jailed for 11 years. He was extradited from Africa last year for acting as an agent for a foreign power; Israel's main foe, Iran. (09.01.2019)