A new study shows that people often misinterpret symptoms of depression in older people as the natural realities of aging. The findings could help more older Germans get the treatment they need. 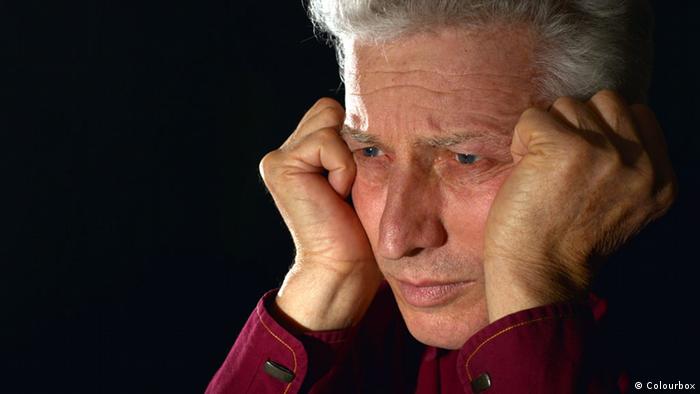 Depression in older Germans is often overlooked, with the effect that many who suffer from it receive ineffective treatment or none at all, a report published on Tuesday by the German mental health non-profit Deutsche Depressionshilfe shows. These findings help explain the high rate of suicide among this age group.

The third annual Germany Depression Barometer asked 5,350 people between the ages of 18 and 79 in Germany about their attitudes toward and experiences with depression in older people.

The results of the representative study reveal that depression in seniors is more likely to be overlooked than in young people in Germany.

According to federal data, 35% of suicide deaths in Germany are people over the age of 65, despite the fact that this age group accounts for only 21% of the population. The share is likely even higher, as many senior deaths occur in unclear circumstances.

Yet 83% of Germans believe that depression is most common in young and middle aged people. Friends and family of aging individuals often interpret symptoms of depression like insomnia, exhaustion, and feelings of hopelessness as natural responses to the realities of aging or as a reaction to a physical illness.

First failing to notice depression, many also underestimate seniors' willingness to seek treatment for it. According to the report, 86% of Germans think that seniors would find it more difficult than other age groups to seek help with depression, for example by seeing a therapist.

Read more: Germany: Sick days due to mental health problems on the rise

These figures shows that seniors are more open to seeking treatment for their depression than people often think, with the possible consequence that helpful resources might not be offered to them.

"When friends and family see depression as a reaction to the bitterness of aging and not as a separate, treatable illness, then older people are less likely to receive the necessary support to get them on a path towards professional treatment," said Professor Ulrich Hegerl, Deutsche Depressionshilfe chairman and professor at Goethe University in Frankfurt in a statement. "But that is the deciding factor, because these people are often too exhausted and hopeless to seek help on their own."

Gun advocates blame mass shootings on the perpetrator's state of mind, rather than the weapon. But experts say mental illness cannot explain the violence.