Having initially resisted, Interior Minister Horst Seehofer has commissioned a three-year study that will examine various aspects of Germany's police, including whether "zero tolerance" of racism in the force is upheld. 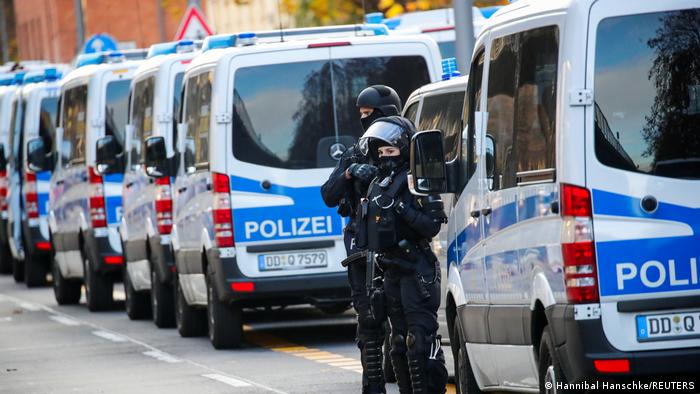 German Interior Minister Horst Seeofer has commissioned a study into police work that will include examining the extent of racism in the force.

The study, which will be conducted over three years, will look into the motivation of police officers in their choice of profession, their experiences in everyday working life and violence against police officers.

It will also explicitly focus on the "measures of zero tolerance for anti-Semitism, right-wing extremism and racism" among police. The measures "will be further developed if needed."

A further objective of the study is to "identify existing offers of assistance for police officers affected by violence or extreme workloads and to develop concepts for more effective implementation."

In July, calls to study the use of racial profiling by police — a practice that human rights activists say is widespread in Germany — led to divisions in the governing coalition of conservatives and center-left Social Democrats.

The conservative-run Interior Ministry, which oversees federal police, had resisted proposals for an investigation solely into potential racism in the police, arguing that there was insufficient evidence to warrant this and that any study should have a much broader view. Seehofer said that there was "no structural problem" within the police, but eventually agreed to a wider study, pitched to explore the everyday working life of police officers and their motivation for going into the force.

The study, billed under the name "MEGAVO," which stands for "Motivation, Attitude and Violence in the Everyday Life of Police Officers," will be conducted by the German Police University.

The university plans to compile the study using questionnaires, interviews and "participatory observation."

Seehofer said that the study should highlight the work of the police and deserves "our full support."  It will also develop recommendations for action, "which have a positive effect on job satisfaction and motivation of police officers and can also minimize the experience of violence."

Debates about racial profiling and the issue of systemic racism were amplified this year by the worldwide protests following the death of George Floyd, an unarmed black man, who was killed by a white police officer in the US.

Racism has also been detected in individual instances within German police forces. In September, 29 officers were suspended after they were found to have taken part in a series of chat groups filled with neo-Nazi and racist messages.