When mom's out of work, poverty can loom for her and her children, a study by the Bertlesmann Foundation in Germany found. Children of single parents are worse off, but those in a two-parent household aren't spared. 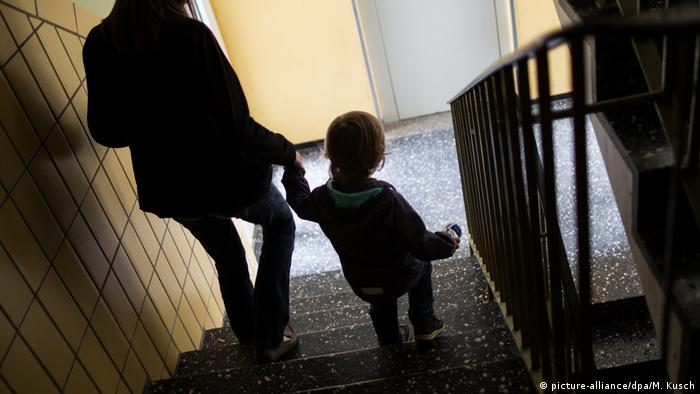 Going to the movies or being on a sports team is an unaffordable luxury for many children and youth in Germany who have so little money that they are shut out from activities their peers take for granted.

A study commissioned by the Bertelsmann Foundation has found that the traditional family model of a working father and a stay-at-home mother, which is still typical, especially in western Germany, might contribute to child poverty. According to the study, the mother's income is a decisive factor when it comes to predicting whether a child will grow up in poverty or not.

"We were really taken by surprise when we saw how strong the influence of the mother's job on the children's situation was," Bertelsmann Foundation project manager Sarah Menne told DW.

According to the study, almost all kids whose mother works full or part time are financially secure. But when a mother stops working for longer periods of time, almost one third of kids experience so-called poverty situations either on reoccuring occassions or constantly. Another 30 percent runs a short-term risk of falling below the poverty line.

The study defines a poverty situation as when a family has to make do with less than 60 percent of the median household income or has to obtain state aid. The study evaluated information from 3,180 children over the course of five years.

Single moms at a disadvantage

For single moms the situation is even worse. The only factor preventing kids from growing up in poverty was a mom who worked at least 30 hours a week. For many single parents, that's close to impossible: juggling childcare and work by themselves doesn't allow them to get a full-time or nearly full-time job. Among the kids whose mother had a part-time job, at least one fifth experienced constant or reoccurring poverty, and another 40 percent lived in poverty for a period of time. Kids whose single mother didn't work almost always grew up in poverty.

The German Children's Fund was shocked by the results. "Single parents are still at a structural disadvantage, even though many people have long been calling for them to receive support," Nina Ohlmeier, head of advocacy at the fund, told DW.

Ohlmeier is calling for more tax relief for single parents and for a higher minimum wage.

"Single parents also frequently work in jobs that are typically filled by women and that pay poorly. Things definitely need to change here," she said, adding that the right to return to a full-time position after maternity leave must be legally guaranteed.

For both children of single parents and children in traditional family models, growing up in poverty leads to isolation.

"Children in long-term poverty have fewer friends," Bertelsmann's Menne said. "They are members of sports clubs less frequently, don't go to the movies as often, have access to fewer hobbies and often can't invite friends over to their houses. Of course that leads to them having a smaller network and feeling less like they belong to society." 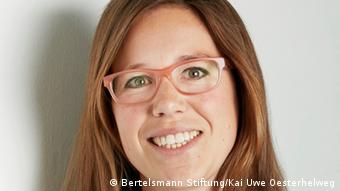 Sarah Menne is a project manager at the Bertelsmann Foundation

These children, Menne said, know from a very young age that they have fewer chances in our society. She explained how they rated their possibilities a lot lower than wealthier children did.

"And on a social level that is incendiary, given how polarized society is," Menne said. She believes that current laws for supporting these families don't go far enough. "That's why we are calling for family benefits to be restructured and combined into one participation benefit."

Menne and her colleagues from the German Children's Fund want a payment that depends on the parents' income and that's independent from general unemployment benefits. They say this is the only way to truly help children and to make sure a mother's job cease to be an indicator for child poverty.

You are more likely to fall into poverty with each additional child you have, a new German study has found. Its financial backers have called for a fundamental re-think of the child benefits system. (07.02.2018)

A bus ride across Berlin: From poor to rich