Germany is one of the world’s strongest economies but it’s also grappling with increasing poverty and inequality. Nina Haase and Sumi Somaskanda went to Bremen, one of the country’s poorest regions, to find out more. 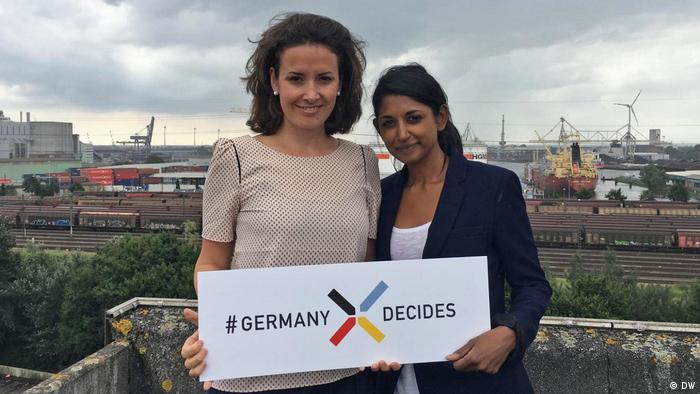 You don’t have to go very far in Bremen to see the splendor of the city’s past. The historic central plaza and its majestic buildings bear the signs of the seafaring port city’s wealth and riches hundreds of years ago.

Yet look a little closer and you’ll find a shadow beneath the glimmering facades. Bremen is also one of Germany’s poorest regions. According to the Cologne Institute for Economic Research, one in every four adults and one in every three children are considered poor; Bremen’s purchasing power is the lowest in Germany as well.

Read more: Poverty is rising in Germany - despite economic growth

We stumbled upon the weekly Monday Demonstration in the central plaza on our first day. Five men taped up signs across the square reading "Unemployment Can Affect Everyone" and "Stop Temp Work." The demonstrators told us they’ve been holding rallies every Monday for years, fighting for a more fair and equal society. Manfred Seitz blames the unregulated job sector, calling temp work companies '"modern slave drivers."

We traveled to one of Bremen’s most disadvantaged districts, Oslebshausen, and a sprawling building complex at the heart of the neighborhood. One of the district’s social workers, Renate Dwerlkotte, says unemployment in Oslebshausen is at around 80 percent. Still, the community has united around the central recreation center and playground; it’s an oasis for the children and their parents, who help and support one another.

Katja Dreher says she chose to live in Oslebshausen for the sense of community and the affordable rent. She was self-employed working for an online company but had to quit due to health problems. Now she draws welfare benefits and supplements that income by running the neighborhood’s clothing exchange shop.

Dreher says she wants to work again but she has realized she is better off now: She now has 100 to 150 euros more per month as her income from the clothing exchange is added onto her welfare benefits.

"It’s a shame, it’s important to say that. Working is not a bad thing - people should work. And I miss working," she said. "I grappled with the idea of working again or not, but in the end I have to think of what’s best for me."

Do the poor have a voice in politics?

The debate surrounding poverty and inequality is heated. Germany is Europe’s most powerful economy. Unemployment is at record lows and wages are rising. Yet at the same time, an increasing number of Germans are being left behind. In its yearly poverty report, the "Paritätischer Wohlfahrtsverband," a national welfare association, reported that the percentage of Germans facing poverty is the highest since reunification at 15.7 percent. Retirees, single parents, children, and the long-term unemployed are the highest risk groups.

It’s important to note that the welfare association tracks relative poverty, a standard measure that describes anyone living on less than 60 percent of the medium household income. And that is why the question of poverty is so controversial.

Germany still boasts a strong welfare system to provide a basic living standard for the poor, and progressive tax structure to redistribute wealth. Economists and critics have poked holes in the association’s yearly reports, pointing out that students most often fall below the relative poverty line, skewing statistics. The welfare association in turn argues that it does not include thousands of homeless in its surveys.

The question of how fair and equal Germany is today depends very much upon who you ask. Yet most analysts agree Germany has seen a rise of the working poor sector - workers who hold jobs yet struggle to get by. Labor unions and critics point to Agenda 2010 as the trigger. The sweeping labor reforms enacted by former Chancellor Gerhard Schröder’s government in 2005 served to deregulate the labor market, slashing unemployment benefits and ushering in a new sector of flexible and temporary work.

Frank Nullmeier, an expert in welfare states and social inequality with Socium, an inequality research institute at the University of Bremen, says economists are divided over whether the Agenda 2010 reforms contributed to growing inequality today.

"But nobody can deny that (the reforms) certainly did not lead to more equality," added Nullmeier. 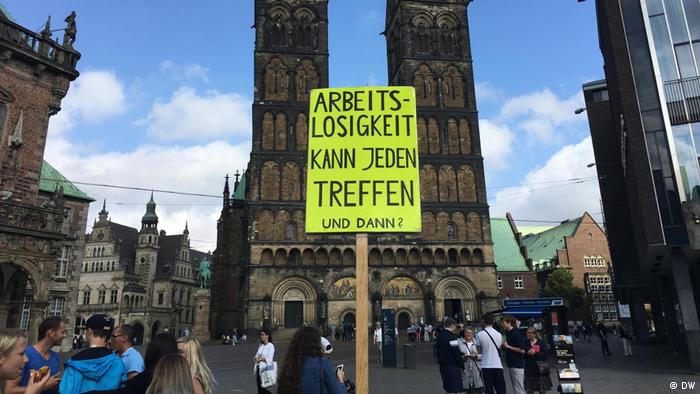 How will the issue affect the September vote?

Economists and sociologists are divided over how best to tackle Germany’s growing inequality. Some have proposed a guaranteed basic income scheme, where everyone would receive a minimum monthly wage regardless of his or her status.

Harald Schröder supports a guaranteed basic income. The 61-year-old minister works for a Christian organization helping the homeless and people in need. Schröder says many of the poor and unemployed are ashamed to go to state job agencies for handouts, and contact with authorities there is often toxic. He believes a basic income would even the playing field and turn the "needy into equal citizens."

Citizens who might feel empowered to cast their ballots this September in Germany’s federal elections. Social and economic inequality is the most pressing issue we have found among voters along our trip across the country, so it comes as no surprise that Chancellor Angela Merkel’s challenger, Martin Schulz of the Social Democrats, has made equality and fairness the centerpiece of his platform.

Still, voter apathy is particularly strong in Germany’s poorest neighborhoods and regions. In Bremen, only 50 percent of eligible voters cast their ballots in city parliament elections two years ago. The winners were not Chancellor Angela Merkel’s Christian Democrats or the Social Democrats, but rather non-voters. It is a troubling trend that could carry serious consequences for September’s federal vote.

Bremen in a nutshell

An overview of the most important information on Bremen: including Bremen's carnival, the famous seafarers' banquet and sightseeing tips such as the historical marketplace and the old port district. (03.05.2017)