Numbers from a forthcoming government study indicate that more and more Germans are either very rich or very poor. Are the state's income equity programs failing its citizens, or are new solutions needed? 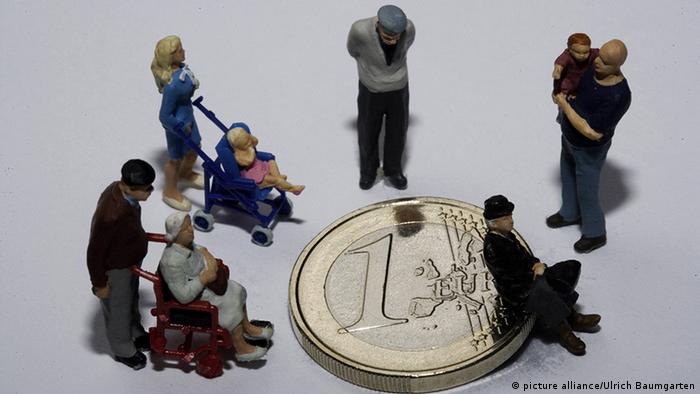 Germany's rich are getting richer, and the poor are getting, if not necessarily poorer, then more numerous. That's one conclusion that can be drawn from the fifth German government Report on Poverty and Wealth. It won't be published until early next year, but preliminary details have been leaked to various newspapers.

The good news: the number of millionaires in Germany has risen to 16,495, up from 12,424 in 2009, and wages for those with permanent jobs rose by more than 10 percent in the previous four years. Profits for the self-employed increased by a similar margin.

"The center is being stabilized," German Labor Minister Andrea Nahles told "Bild" newspaper. "But at the margins, society is fraying a bit."

Initial reactions to the leaked data were divided as to whether the rich were profiting to the detriment of the poor and whether the government should do more to redistribute wealth. To get a better understanding of a complex situation, DW talked to two experts with very different perspectives. 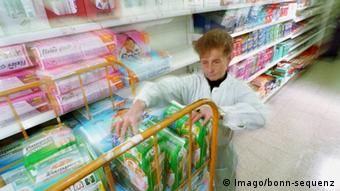 More and more older Germans work to supplement their pensions

Christoph Butterwegge is a professor of political science at Cologne University and the Left Party's candidate for the office of the German president, which will be decided in February. He calls for an immediate increase of the minimum wage in Germany to 10 euros ($10.66) an hour and says the government isn't really serious about combating poverty.

"The reports keep getting thicker and thicker, but the problems don't get addressed," Butterwegge says. "It would be good if there was action to go along with the data. I can name a host of specific examples."

Along with the minimum wage, Butterwegge cites disagreements about whether support for single mothers should be financed by the federal government or the regional German states, lack of assistance for poor pensioners and early retirees deemed unfit to work, and unwillingness to finance social programs with a wealth tax or a high capital gains tax.

"Is that fighting poverty?" Butterwegge asks rhetorically. "You only have to look at the coalition agreement [between the Conservatives and Social Democrats] to see that it's not a main priority." 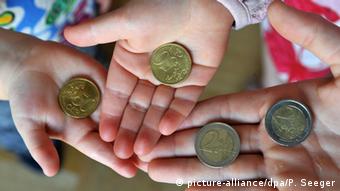 Markus Grabka is a poverty specialist and researcher at the German Institute for Economic Research in Berlin, who has worked on all five previous editions of the report. He says that he too was surprised that the risk of becoming impoverished in Germany has risen and thinks that this development has to do with the number of older people, particularly in eastern Germany, with only the most basic pensions.

But he disputes the notion that the powers that be aren't truly interested in fighting poverty.

"The current German government should be credited with instituting a minimum wage in the first place - that was an important signal," Grabka says. "We still don't know what effect it will have."

And he doesn't necessarily see wealth redistribution as a panacea for poverty.

"Is it sensible to carve up the pie even further?" Grabka asks. "Or is it, 'shouldn't we be trying to increase the size of the pie as a whole?' The position of our institute is that there's enough redistribution in Germany - the sums are in the hundreds of billions. I personally think that we need different policies aimed at creating wealth so that people in the middle of society have more of it."

Mountain goats, but not homeless people 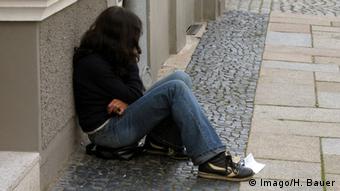 Most German states don't count the number of homeless people

The two experts also disagree about the general value of the report itself.

"If you look at this report, the data about homeless people, for example, are estimates from 2014 from an umbrella organization for advocacy groups," Butterwegge says. "The government itself doesn't have its statistics offices collect such data. They have information about how many mountain goats there are in Germany, but only North Rhine-Westphalia collects data about how many homeless people there are."

By contrast Grabka, who worked on the sixth report, says that it's better than any of its predecessors and that the government is becoming more open on the poverty issue. But if the experts disagree about the quality of the data concerning Germany's poor, they concur that the government needs more information about Germany's rich.

"I think the report doesn't live up to its name in terms of wealth," Grabka says. "We know relatively little about Germany's top earners: how many of them there are and what portion of the wealth they own."

Only when that situation is rectified, Grabka argues, can the potential value of a wealth or an expanded inheritance tax be evaluated. 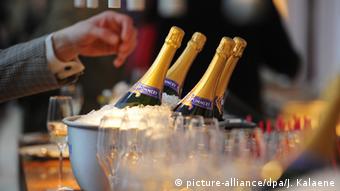 Germany's economy is healthy, but not everyone benefits

The two experts also agree that both taxes and government benefits often create inequities. The lack of a commercial inheritance tax, Butterwegge points out, favors the very, very rich.

"You can inherit a whole company without paying a cent," he says. "If you inherit three apartments, you'll pay lots of tax."

At the same time, measures aimed at helping low- and middle-income Germans often miss their mark. For instance, social welfare groups frequently criticize state subsidies and tax breaks for families with children because such benefits are subtracted from support payments received by Germany's poorest. That's an objection that Grabka, despite his more free-market orientation, also shares.

"The problem is getting money to flow to the right places," Grabka says. "Every increase in state child support payments results in more assistance, seen relatively, for the children of millionaires compared to middle-class children and, even worse, to the children of welfare recipients. Welfare recipients end up with no additional money at all."

Ameliorating that situation would be one reform politicians could tackle when the Poverty and Wealth Report is published in the general election year of 2017.

Number of people without a permanent abode in Germany rises dramatically

The number of people in Germany without a fixed place of abode has risen around a third in just five years, authorities say. Many children and young people are among those living in makeshift circumstances. (05.12.2016)