Report: City dwellers in Germany poorer than rural neighbors | Germany | News and in-depth reporting from Berlin and beyond | DW | 05.12.2016

A new report shows that people in many of Germany's big cities have less purchasing power than those living in the countryside. 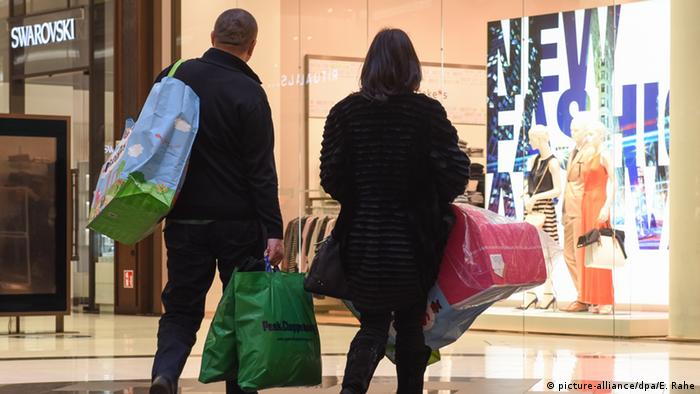 Poverty is not just a question of how much money an individual makes, but also what he or she can actually buy with it. That's a point stressed in a new report the Cologne Institute for Economic Research released on Monday.

Researchers looked into relative income poverty, defined as earning less than 60 percent of the median income. They also calculated the purchasing power residents have in different regions and cities in Germany.

According to their findings, income poverty is more prevalent in Germany's eastern states. However, purchasing power poverty is a problem in many big cities in western Germany due to higher overall prices on goods.

The average rent is also higher in urban areas. In the small city of Bautzen in the eastern German state of Saxony, a 60 square-meter (646 square-feet) apartment costs roughly 310 euros ($329) per month, according to the German Rent Index. By contrast, an apartment the same size would cost an average of 580 euros ($618) per month in Cologne, Germany's fourth-biggest city. The report's co-author, Christoph Schröder, explained that to calculate the purchasing power, they looked at the prices of a "big basket full of goods" including groceries, rent and expenses like the entrance fee to a public swimming pool or the cost of a bus ticket.

"In big western cities like Dusseldorf or Cologne, the price for this basket is about 10 percent higher than the German average," Schröder, the institute's poverty expert, said to DW. "But people in the city don't generally earn more money than people in the country, or at least not enough more."

He also estimated that prices in eastern Germany were around 5 percent lower than average. Researchers at the Cologne Institute for Economic Research believe looking at purchasing power is more informative than looking solely at income levels when it comes to finding out where many people are struggling with poverty. 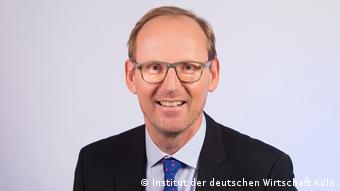 Even without looking at the higher prices, cities are disadvantaged. Their populations have a higher percentage of individuals with a high poverty risk, like single parents, immigrants and unemployed persons. Nearly 35 percent of city dwellers are migrants, compared to 22 percent in the countryside. For unemployed persons, the city-country divide stands at 7 percent and 5.4 percent, respectively.

In the big western German city of Frankfurt, for example, 74 percent of households have at least one person who belongs to one of these at-risk groups. The German average lies at around 50 percent, Schröder says.

The poverty expert explains that the poverty rate among migrants is higher than among German nationals because of the language barrier and the fact that degrees from their home countries often aren't recognized in Germany, making it difficult for them to find well-paid jobs.

Fighting poverty with education and integration

The institute's researchers offer a number of suggestions on how to combat poverty in general. They believe education is a big factor.

"We need to start providing a better education to children when they are very young," Schröder said. "There should be full-day programs for kids younger than school-age. That's not only good for children from families where German isn't the first language, but also for single parents who are then free to find better-paying jobs."

Other suggestions include language classes and initiatives that help migrants get their degrees recognized. The report's authors also want to work on the purchasing power side of things by decreasing the price for rent. They want fewer restrictions and more room for apartment buildings in the urban landscape, so that rent would be lower.